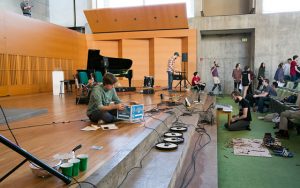 Join students in Music 109 “Introduction to Experimental Music” and the greater Wesleyan community December 6, 2018 at 3:15pm in Crowell Concert Hall, to experience the newest rendition of John Cage’s Musicircus, continuing since its first “happening” took place in 1967 at the University of Illinois.

This eclectic performance—also known as a “happening”—rests within John Cage’s mode of anarchist experimental music. Musicircus has been described as: “Everything at once and all together”. The performance is intended to highlight the instantaneous collaboration of soloists and ensembles as they create music simultaneously with no score, no parts, nor anything specified but the concept itself. Cage went on to describe the concept in “Diary: How to Improve the World (You Will Only Make Matters Worse) Continued 1967”, featured in his second book, A Year from Monday: 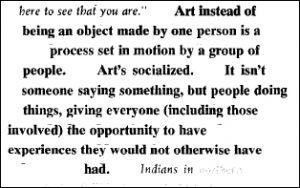 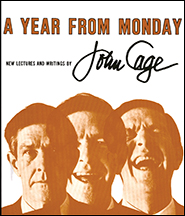 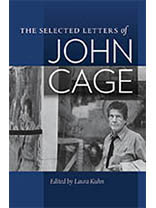 Focusing on the social nature of artistic creation, the performance was originally intended by Cage to last five hours in accordance with its premiere in 196 which Cage described as “a lively, noisy, and wildly successful social, as well as musical, event”. Other mentions of John Cage’s Musicircus are featured in The Selected Letters of John Cage, edited by Lisa Kuhn. Both of these books, along with other collections of John Cage’s letters, lectures, and essays can be ordered through your favorite bookseller.