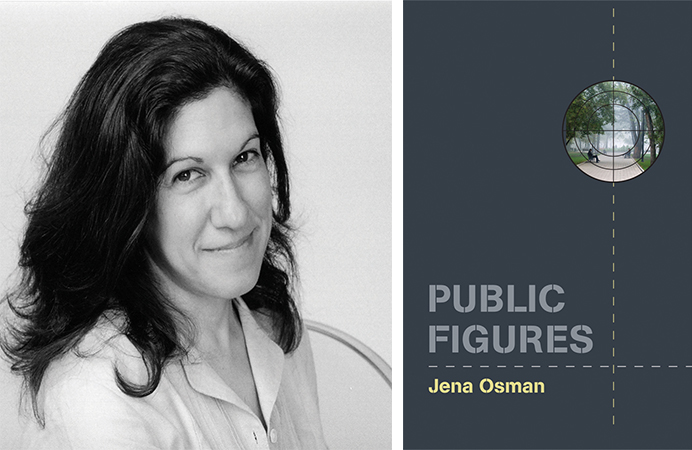 The topic of monuments and memorialization of historical figures has been a point of contention in the United States. We recall the removal of confederate statues in Charlottesville, Virginia in 2017, resulting in retaliation from violent white supremacist groups. In more recent news, the removal of similar statues has swept the nation after the murders of Ahmaud Arbery, Breonna Taylor, George Floyd, Riah Milton, and Dominique “Rem’mie” Fells. As protests against police brutality occur in states across the nation, calls for the removal of statues that stand as symbols of racism and oppression have increased. Some monuments, such as one of Christopher Columbus in Boston and Thomas Jefferson in Portland, have been physically removed by frustrated people demanding a more accurate recognition of American history.

Jena Osman’s book Public Figures examines the monuments and statues of Philadelphia, pondering each statue’s literal “view” on the city as well as the embedded history within their creation and placement. As the book progresses, including photographs of various figures, the common theme remains of militarism and pride in the state. Regardless of the historical context of a statue, whether it be a Civil War soldier or a replica of a classical Greek statue, weaponry including guns, swords, spears, and grenades are attached to the hands and arms of these iron men. Many are dressed in military uniform, differentiating them from the civilian life of the passersby. 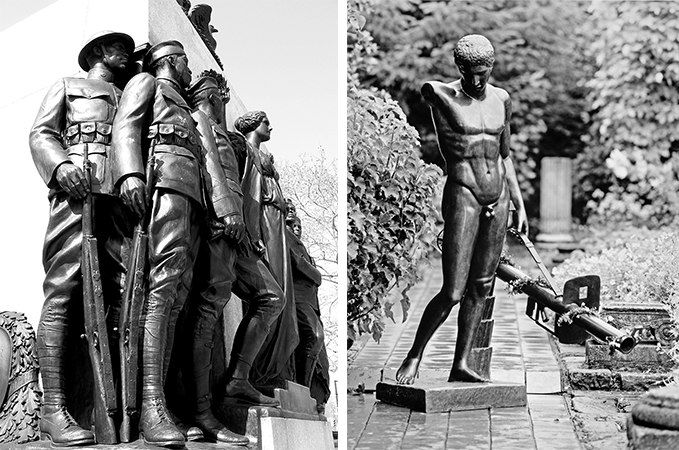 Osman ponders what we do and do not notice as we move about our lives. Does our oblivious walk past such statues parallel our nation’s ability to ignore the deadly work of state-sanctioned violence and indicate an implicit acceptance of our country’s racist history? What kind of message do statues symbolizing slave owners and colonizers send to communities of color? And why must these communities accept these statues looming over their daily lives?

When you next find yourself in a public space, take a look around at the monuments and art placed there. Ponder what the intended message is.

To learn more about Public Figures, check out our Reader’s Companion. Teachers might find these classroom exercises useful, including a research project for students to investigate their local “public figures.”