We congratulate Hafizah Geter, Rae Armantrout, and Honorée Fanonne Jeffers, who are all Longlisted for awards from PEN America.

Hafizah Geter’s debut poetry collection, Un-American, is Longlisted for the PEN Open Book Award. The PEN Open Book Award honors a work of fiction, literary nonfiction, biography/memoir, or poetry written by an author of color. The award was created by PEN America’s Open Book Committee, a group committed to racial and ethnic diversity within the literary and publishing communities.

Geter’s collection moves readers through the fraught internal and external landscapes—linguistic, cultural, racial, familial—of those whose lives are shaped and transformed by immigration. The daughter of a Nigerian Muslim woman and a former Southern Baptist black man, Geter charts the history of a black family of mixed citizenships through poems imbued by migration, racism, queerness, loss, and the heartbreak of trying to feel at home in a country that does not recognize you.

We are also pleased to announce that Rae Armantrout’s Conjure and Honorée Fanonne Jeffers’s The Age of Phillis are both Longlisted for the PEN/Voelcker Award for Poetry. The PEN/Voelcker Award honors a distinguished collection of poetry that represents a notable and accomplished literary presence.

Rae Armantrout has always taken pleasure in uncertainties and conundrums, the tricky nuances of language and feeling. In Conjure that pleasure is matched by dread; fascination meets fear as the poet considers an increasingly toxic world.

The Age of Phillis, by award-winning writer Honorée Fanonne Jeffers, imagines the life and times of Wheatley: her childhood in the Gambia, West Africa, her life with her white American owners, her friendship with Obour Tanner, and her marriage to the enigmatic John Peters. Woven throughout are poems about Wheatley’s “age”—the era that encompassed political, philosophical, and religious upheaval, as well as the transatlantic slave trade.

The Longlists for its 2021 Literary Awards span 11 book awards and encompassing more than 125 writers and translators, representing the year’s most extraordinary literary talents. Over 80 judges have selected the Longlists, which are made up of categories including the novel, short story collection, translation, poetry, science writing, essay, biography, and more. (Read the full release here.)

Finalists for PEN America Literary Awards will be announced in February 2021.

Experimental! Is it safe to open the book?

In the post: this overflowing treasure chest of new and groundbreaking writing from ⁦@weslpress⁩ Retweeted by weslpress 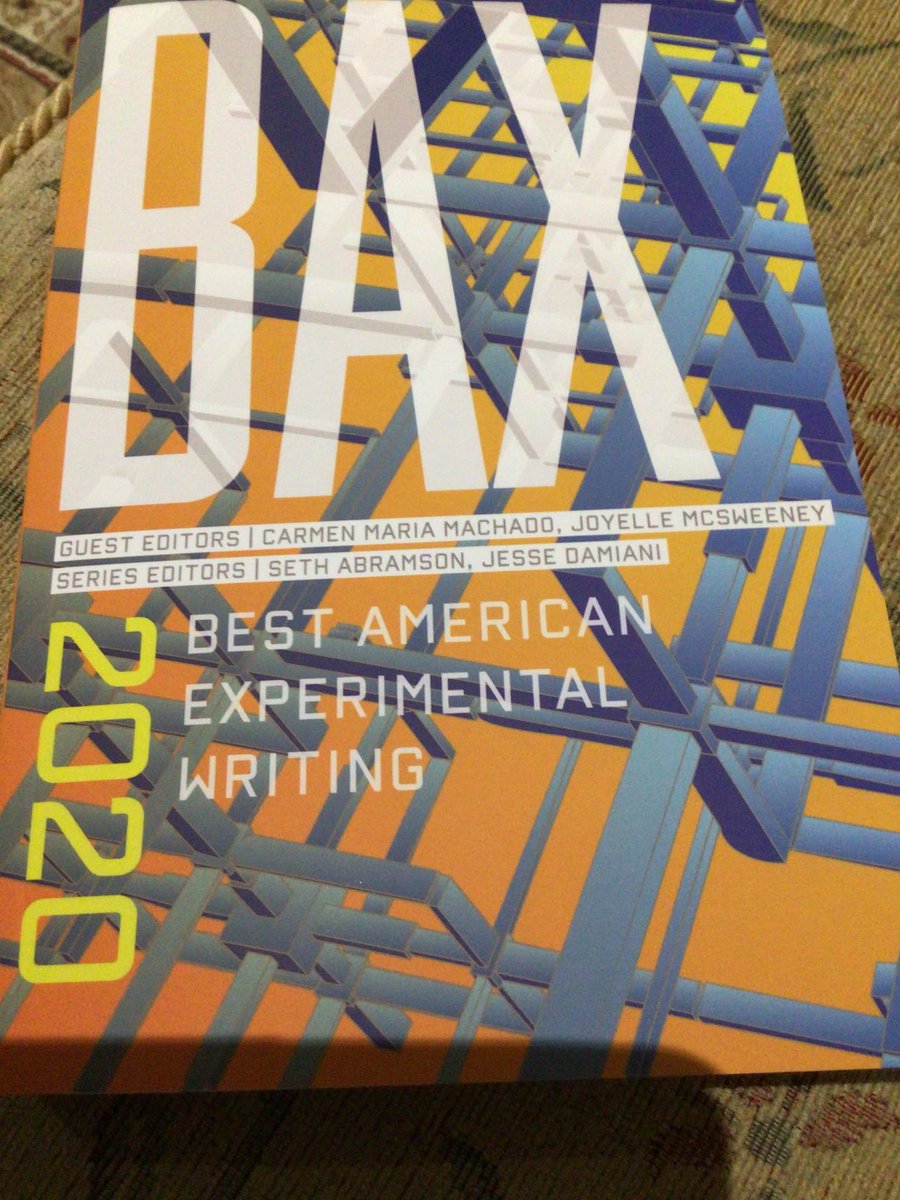 This afternoon, I found this bird nest—it's woven with hair from my donkey Jesse who died almost exactly one year ago today. 🖤 I feel like it's a Jack Gilbert poem come to life. Retweeted by weslpress

This afternoon, I found this bird nest—it's woven with hair from my donkey Jesse who died almost exactly one year ago today. 🖤 I feel like it's a Jack Gilbert poem come to life. pic.twitter.com/hLHGYSvweT

Observations of Deviance AntiFascist 1 week ago January 13. Today is the birthday of Wén: 雯 Cloud Pattern The entire sky scaled white. What words could fall for the child who was once more cloud than stone? #AForestOfNames Retweeted by weslpress

#ClipOfTheDay: “I am making my way in some dark room / looking for other structures to love.” In this installment of the ENCLAVE series, poet Peter Gizzi reads from his collections Archeophonics and Now It’s Dark (@weslpress). at.pw.org/PeterGizzi Retweeted by weslpress 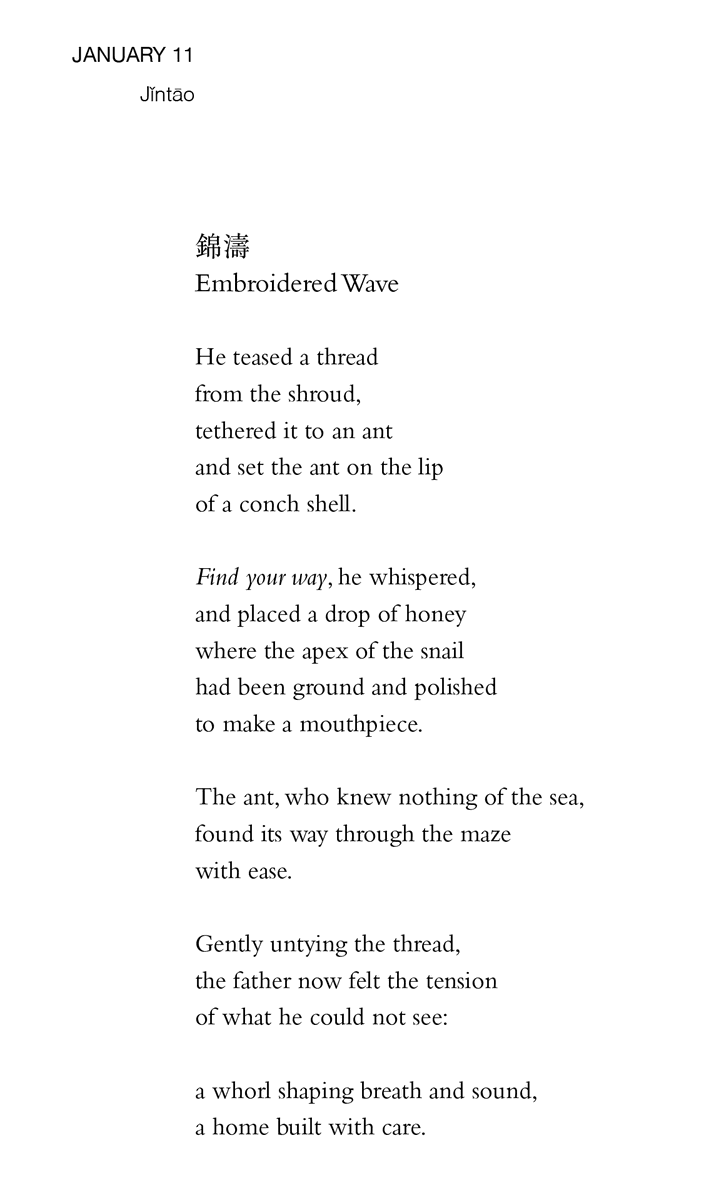 Fireworks bring in the New Year & Zeus the confused robot punches a fist through a skylight as he dances across the floor with his mechanical bride doing a bionic two-step. —Yusef Komunyakaa, fr. “1984” Retweeted by weslpress

Hafizah Geter’s Poems in Un-American Explore What It Means to Belong She “charts the history of a black family of mixed citizenships through poems imbued by migration, racism, queerness, loss, and heartbreak.” @RhetoricAndThis @weslpress opencountrymag.com/hafizah-geters… Retweeted by weslpress 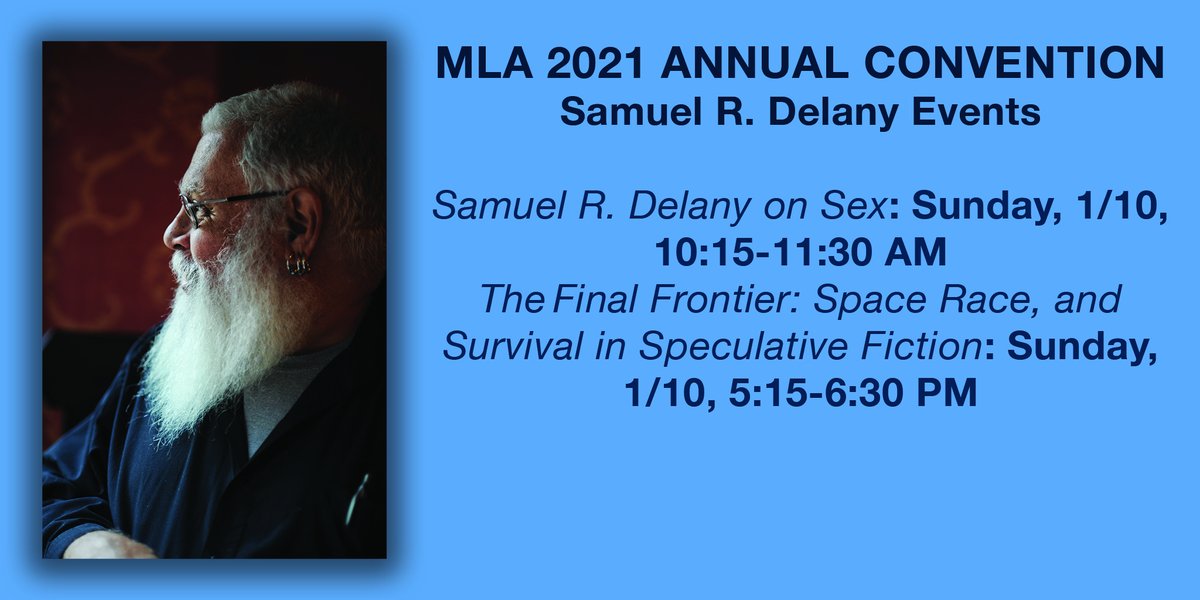 January 7. Today is the birthday of Jīnpíng: 金萍 Golden Duckweed Heavier than air, lighter than water. Fish rest in her shadows. A frog sunbathes on her back! #AForestOfNames @weslpress #512Birthday twitter.com/Likebook/statu… Retweeted by weslpress

An amazing panel of poets at #MLA21 today at noon! I'd be there if I could twitter.com/weslpress/stat… Retweeted by weslpress 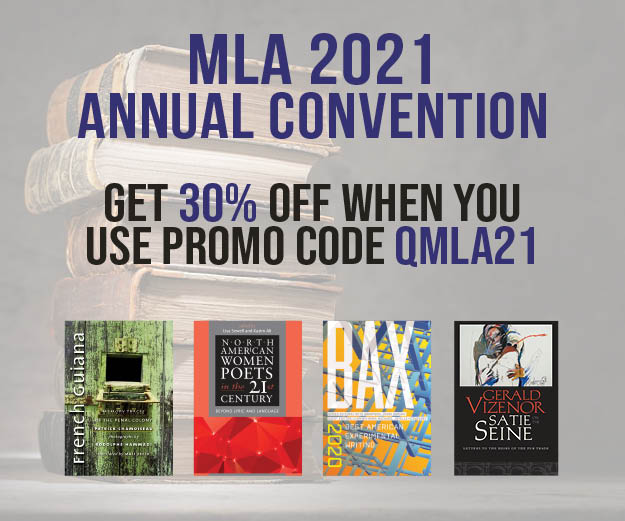 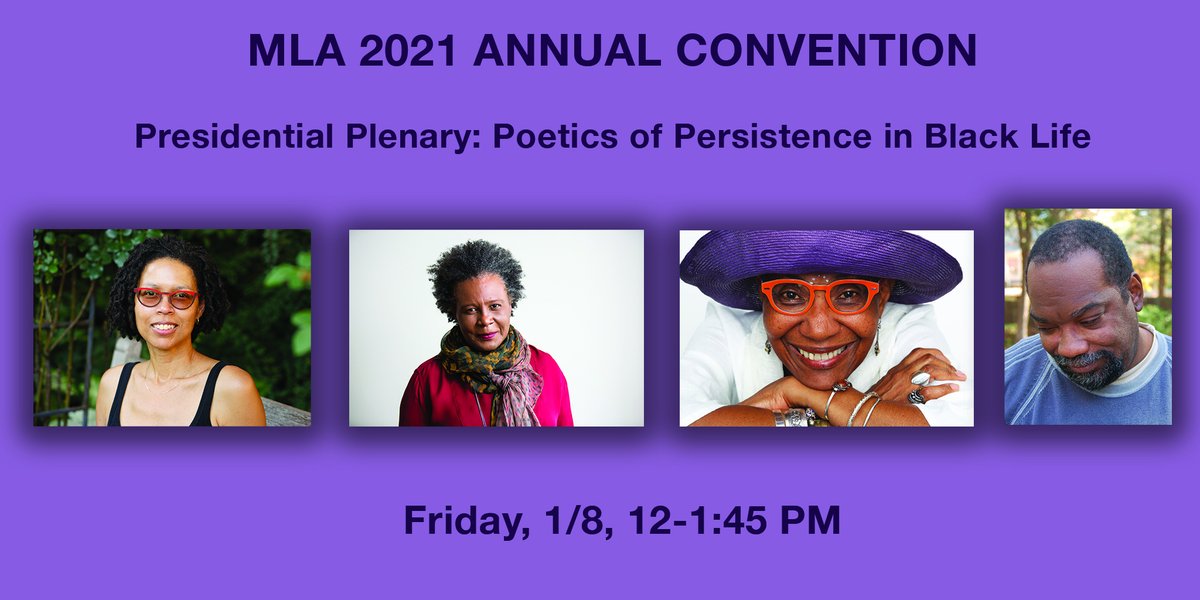 Insurrection based on a fantasy stoked by an irresponsible, narcissistic & extravagantly incompetent president. He professes "love" as he manipulates them. As we begin to restore order, let's use education for the civic preparedness we desperately need. @wesleyan_u @Wes_engage Retweeted by weslpress

Today is the birthday of Shīmèng: 詩夢 Poem Dream “Poem Dream,” they called. And everything answered, “Yes, I’m here,” even the dust settling in raw sunlight. #AForestOfNames @weslpress #512Birthday Beichuan County, Sichuan, May 2008. Photo by @aiww. Retweeted by weslpress

Jack Spicer, from After Lorca. “The eye is jealous of whatever moves / And the heart / Is too far buried in the sand / To tell.” Retweeted by weslpress

#SlaveryArchive Book Giveaway: Let’s kick off the New Year! We have an extra copy of African Women in the Atlantic World, edited by Mariana Candido and Adam Jones to give away. To enter 1) follow @adphdprojects and 2) tweet us with a #slaveryarchive book you recommend we read. Retweeted by weslpress

January 3. Today is the birthday of Chánghuā: 長花 Long Flower The honeysuckle could endure the heavy bloom of winter, but not the walls of the school’s collapse. #AForestOfNames #512Birthday Retweeted by weslpress

The Pew Center for Arts & Heritage 3 weeks ago 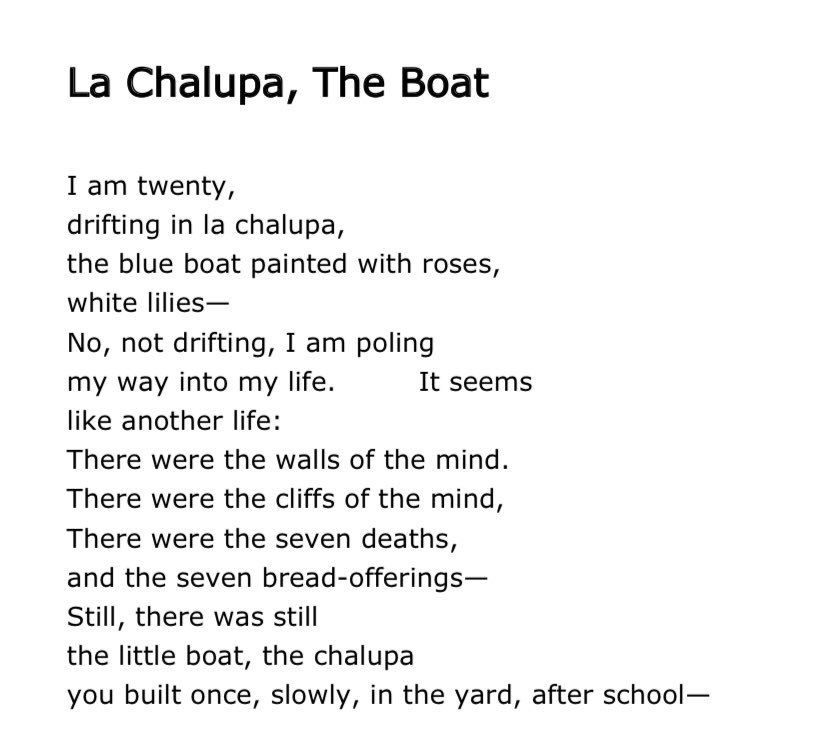 My Vanderbilt colleague, Rob Campany, wrote me to ask about scholarly treatments on "the significance (or rather, more likely, the many significances) of the number 108 in Buddhism." What's the best scholarship on this topic? Retweeted by weslpress 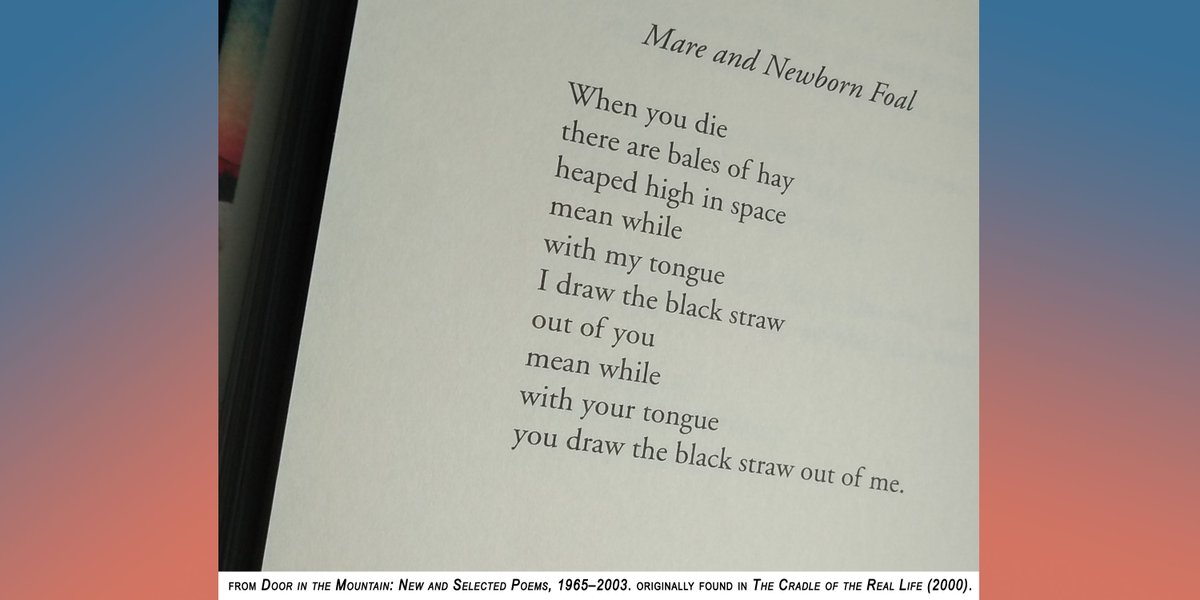 Oh, Jean Valentine 💔 "Yes, I know: the thread you have to keep finding, over again, to follow it back to life; I know. Impossible, sometimes." From "Sanctuary." Retweeted by weslpress

Jean Valentine (1934¬–2020) We mourn with her readers and admirers. Our sincerest condolences to her family and friends.

December 28. Today is the birthday of Zhījǐn: 芝瑾 Mushroom of Virtuosity One can walk for years and never find one, glowing dark purple beyond the spectrum of our mind. #AForestOfNames Retweeted by weslpress

My essay on Claudia Rankine and the whiteness of the lyric tradition appeared (alongside a new poetics statement from Claudia!) in this new volume. hfsbooks.com/books/north-am… Retweeted by weslpress

"His skeleton carved from glaciers, his breath arctic No, they won’t let me out of winter" 🌨️ The lineage of snow, the weather inside, in Agha Shahid Ali's adroit verse, “The Snowmen” (Wesleyan University Press). @PoetryFound @weslpress #amreading poetryfoundation.org/poems/50985/sn… Retweeted by weslpress

Robert Capa's 'Watching the Tour de France in front of the bicycle shop owned by Pierre Cloarec, one of the cyclists in the race, Pleyben, Brittany, France' (July, 1939) (by way of Heather McHugh's brilliant essay, "The Store," from her book Broken English (@weslpress ) Retweeted by weslpress

This week we're reposting our interview w/ PLOTUS, #NEALit Fellow & #NEABigRead author Joy Harjo. As our podcast producer Josephine Reed explained, "I find myself re-reading her work & appreciating how much Joy Harjo is a poet for this moment." Listen: go.usa.gov/xAbHD Retweeted by weslpress

Ah! An amazing counter-balance to yesterday's flood. This morning, I awoke to an orchid coming into bloom. This is an orchid that once belonged to the poet Sam Hamill... twitter.com/_IanBoyden/sta… Retweeted by weslpress

December 22. Today is the birthday of Kēcén: 柯岑 Axe Handle Hill Where the mountain balanced on the crest of a moment, his name branched into the possible. #AForestOfNames Retweeted by weslpress 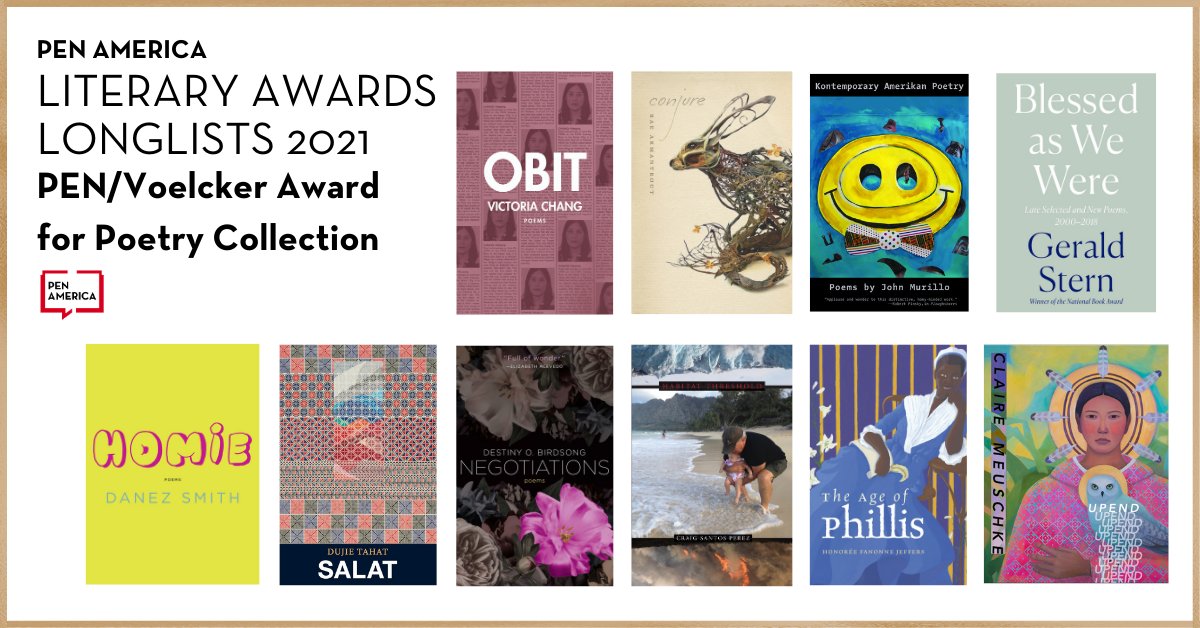 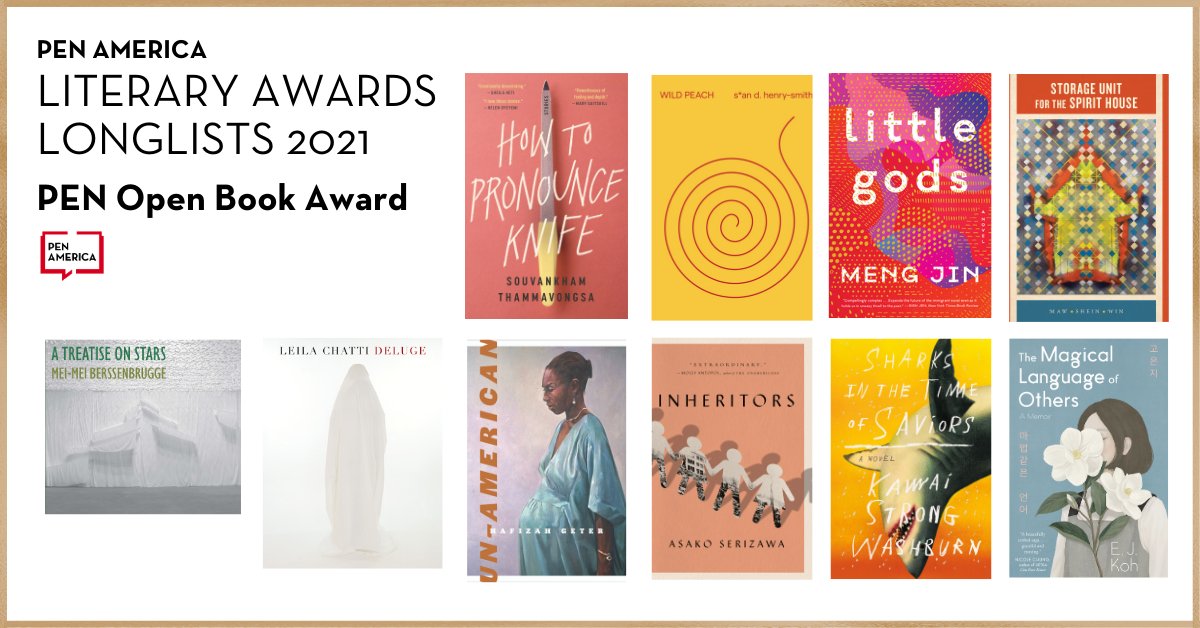 Join Us At MLA…