Dancing between lyric and narrative, Hafizah Geter’s debut collection Un-American moves readers through the fraught internal and external landscapes—linguistic, cultural, racial, familial—of those whose lives are shaped and transformed by immigration. The daughter of a Nigerian Muslim woman and a former Southern Baptist black man, Geter charts the history of a black family of mixed citizenships through poems imbued by migration, racism, queerness, loss, and the heartbreak of trying to feel at home in a country that does not recognize you. Through her mother’s death and her father’s illnesses, Geter weaves the natural world into the discourse of grief, human interactions, and socio-political discord.

Based on fifteen years of archival research, The Age of Phillis, by award-winning writer Honorée Fanonne Jeffers, imagines the life and times of renowned American poet Phillis Wheatley: her childhood in the Gambia, West Africa, her life with her white American owners, her friendship with Obour Tanner, and her marriage to the enigmatic John Peters. Woven throughout are poems about Wheatley’s “age”—the era that encompassed political, philosophical, and religious upheaval, as well as the transatlantic slave trade. For the first time in verse, Wheatley’s relationship to black people and their individual “mercies” is foregrounded, and here we see her as not simply a racial or literary symbol, but a human being who lived and loved while making her indelible mark on history.

Kamau Brathwaite is a major Caribbean poet of his generation and one of the major world poets of the second half of the twentieth century. Wesleyan University press has published three of his collections: Born to Slow Horses, Elegguas, and The Lazarus Poems. These poems speak of appropriation, theft, isolation, and exploitation, all within a context of an American hegemony that intensifies racial politics. Filled with longing, rage, nostalgia, impotence, wisdom, and love, Brathwaite’s poems are moving in every sense of the word.

Award-winning poet Ed Roberson confronts the realities of an era in which the fate of humanity and the very survival of our planet are uncertain in his collection Asked What Has Changed. Departing from the traditional nature poem, Roberson’s work reclaims a much older tradition, drawing into poetry’s orbit what the physical and human sciences reveal about the state of a changing world. These poems test how far the lyric can go as an answer to our crisis, even calling into question poetic form itself. Reflections on the natural world and moments of personal interiority are interwoven with images of urbanscapes, environmental crises, and political instabilities. These poems speak life and truth to modernity in all its complexity. Throughout, Roberson takes up the ancient spiritual concern—the ephemerality of life—and gives us a new language to process the feeling of living in a century on the brink.

Samuel R. Delany is an acclaimed writer of literary theory, queer literature, and fiction. His “prismatic output is among the most significant, immense and innovative in American letters,” wrote the New York Times in 2019; “Delany’s books interweave science fiction with histories of race, sexuality, and control. In so doing, he gives readers fiction that reflects and explores the social truths of our world.” This anthology of essays, lectures, and interviews addresses topics such as 9/11, race, the garden of Eden, the interplay of life and writing, and notes on other writers such as Theodore Sturgeon, Hart Crane, Ursula K. Le Guin, Holderlin, and a note on—and a conversation with—Octavia Butler. The first of two volumes, Occasional Views Volume 1 gathers more than twenty-five pieces on films, poetry, and science fiction.

"Wake up, Yaay. Come to the doorway and call a prayer to me." #todayspoem Homecoming, or, The Crossing Over of Goonay, Lately Known as Phillis Peters by Honoreé Fanonne Jeffers (@BlkLibraryGirl) from The Age of Phillis (2020 @weslpress) Retweeted by weslpress

"Geter explores what it is to be bicultural by examining both the absence & presence of qualities, experiences, & language, with poems that are both timely & timeless.” Mandana Chaffa's review of @RhetoricAndThis’s “Un-American” on LAR now!⁠ losangelesreview.org/review-un-amer… #LARReviews Retweeted by weslpress 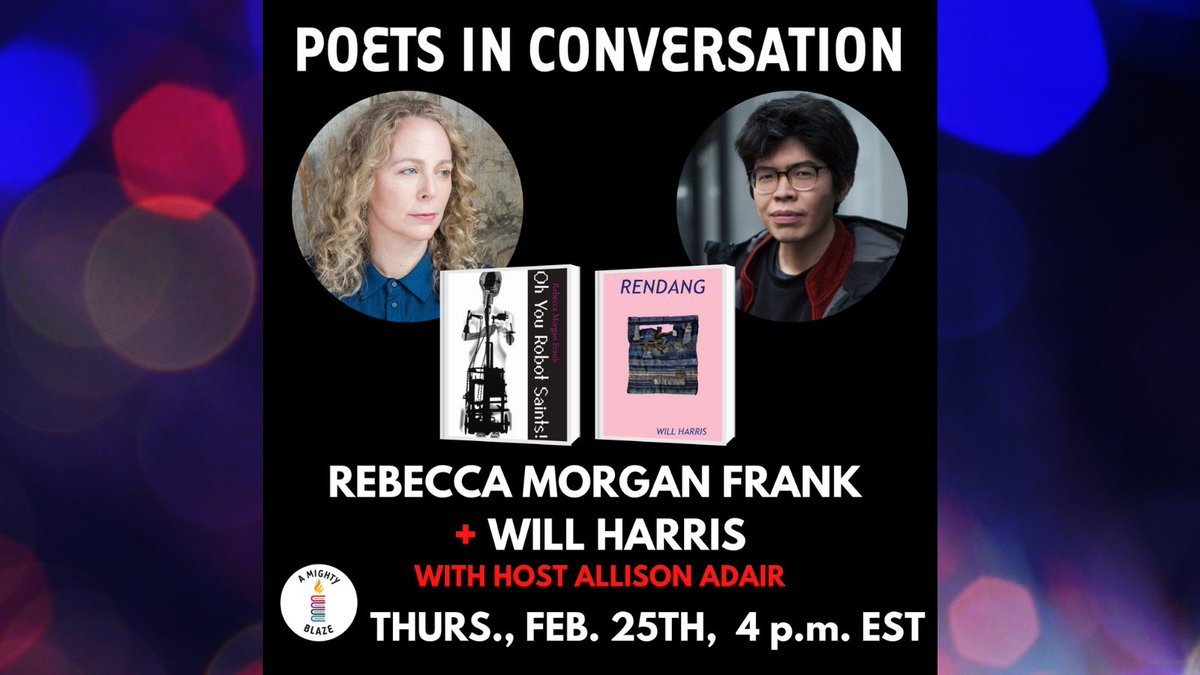 "The greatest poem is lyric life itself." Our poet and hero, Lawrence Ferlinghetti, passed away on Monday, February 22nd, in the evening. We love you, Lawrence. 💖 bit.ly/3utoDbG Retweeted by weslpress

Join us for a virtual event held by Wesleyan's CFA, today, 4:30 EST. Includes Wesleyan UP author, poet, & artist Ian Boyden. The virtual exhibit is available through April 1st. "Flames of My Homeland: The Cultural Revolution and Modern Tibet." twitter.com/WesCFA/status/…

"The necessity of @JacobsPillow for me now is that future generations get to have a relationship with such a beautiful place. I'm not sure I'd be the artist I am if I hadn't had it, and I want that for others." - @lizlerman Text PILLOW to 91999 or visit jacobspillow.org/dancewemust Retweeted by weslpress

February 18. Today is the birthday of Shūchéng: 書晟 Book of Solar Luminosity Once bound, the book could never be held, could never be read— what it offered was the light of its own transformation. #AForestOfNames @weslpress Retweeted by weslpress

So thankful this event was organized for the third AUPresses EJI Community Read: @wlupress WHY INDIGENOUS LITERATURES MATTER wlupress.wlu.ca/Books/W/Why-In… twitter.com/wlupress/statu… Retweeted by weslpress

Loving the ethos that @justicedanielh describes in his approach to teaching, "We will only ever be learners." Pretty great approach to editing books as well. @aupresses #ReadUP Retweeted by weslpress

the new peter gizzi book - now it's dark (@weslpress, 2020) - is so touching & difficult Retweeted by weslpress

Translating today's poem, Woeser & I talked at length about the pejorative use of animal metaphors in Chinese, and about Orwell: “The creatures outside looked from pig to man, and from man to pig, and from pig to man again; but already it was impossible to say which was which.” twitter.com/degewa/status/… Retweeted by weslpress

Tears of astonishment! A dear friend just gave me an amazing gift: 50 books of poems for my 50th birthday! I get to choose! What will they be? Please tell me your all-time favorite book of poetry, and perhaps a few words why... 🥰🥳 Retweeted by weslpress

February 16. Today is the birthday of Rénkǎi: 仁鍇 Humane Iron Pulled from the wreckage, the rebar appeared to cradle what it held. #AForestOfNames Image: Ai Weiwei, "Rebar & Case" (2014) Retweeted by weslpress 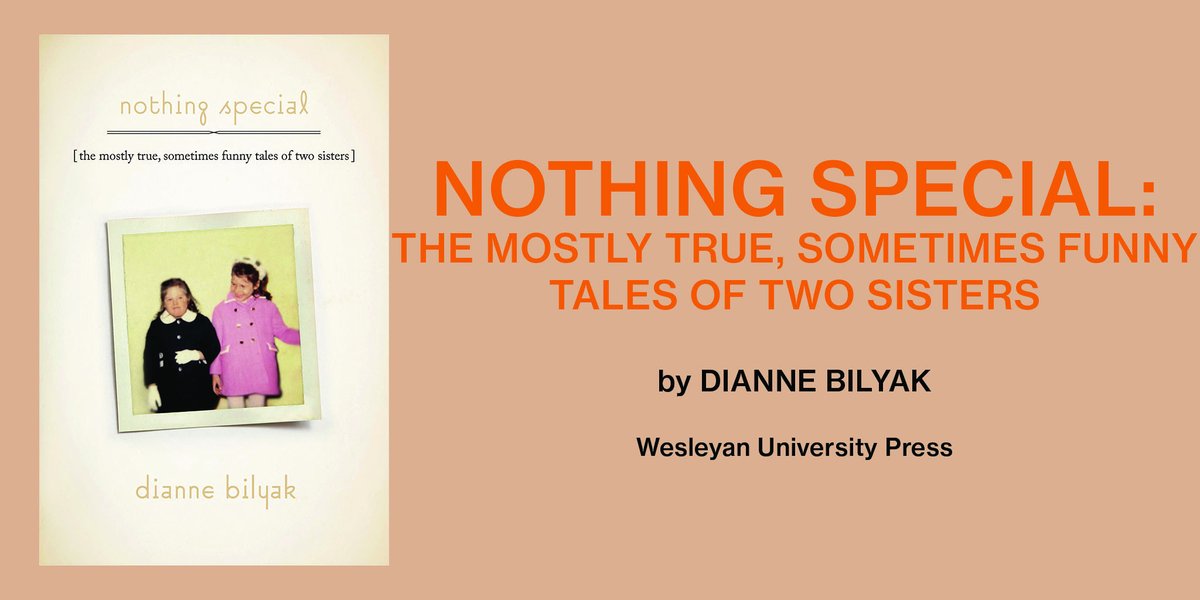 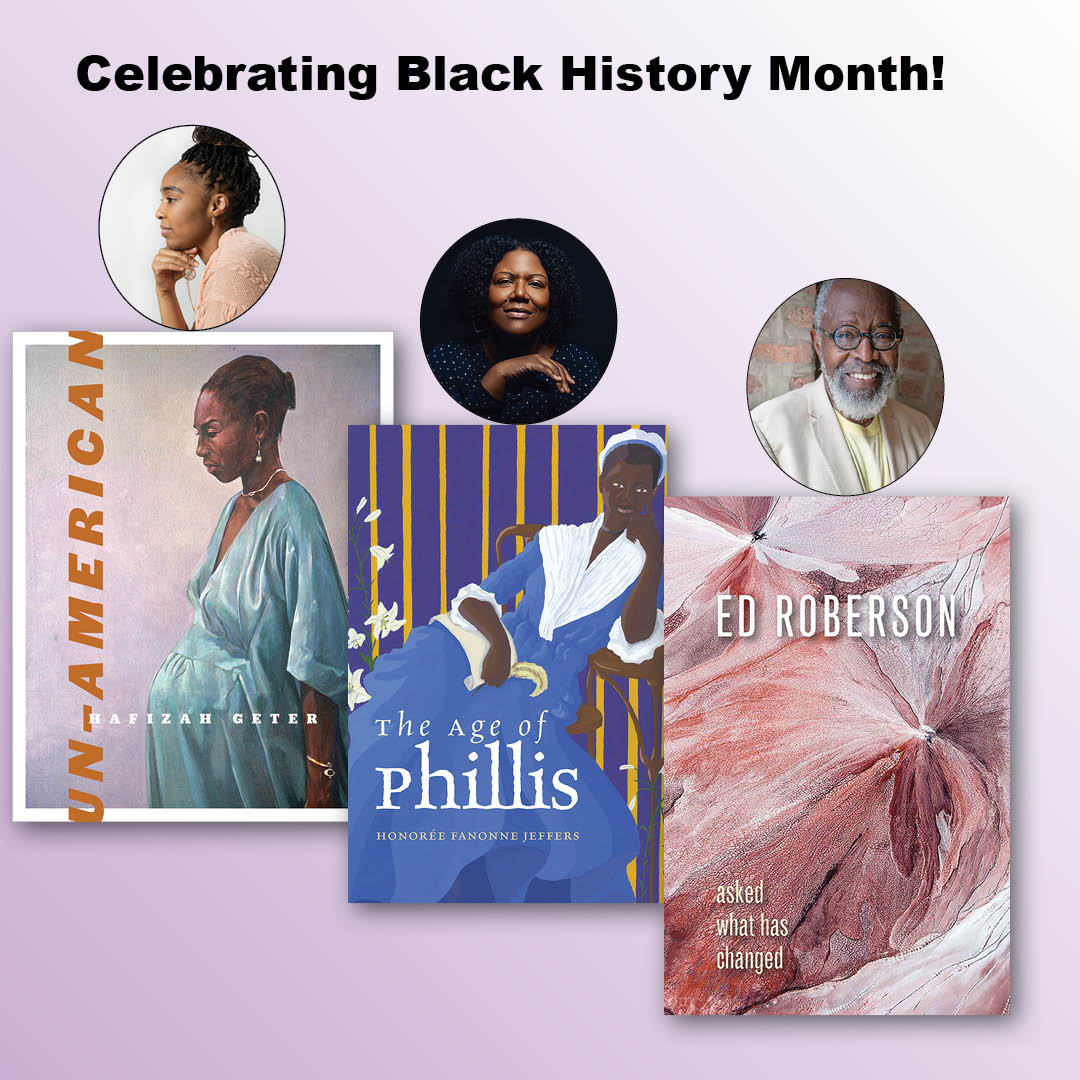 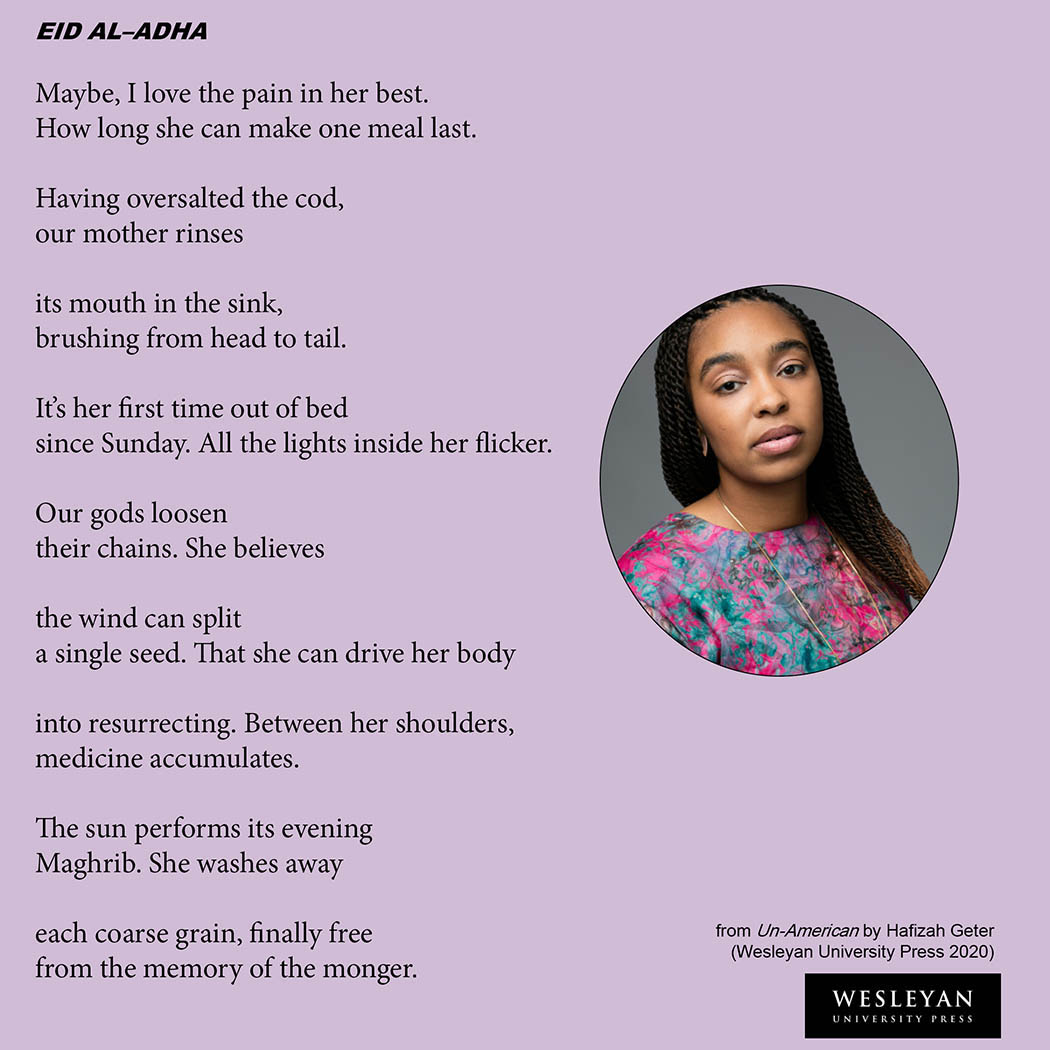 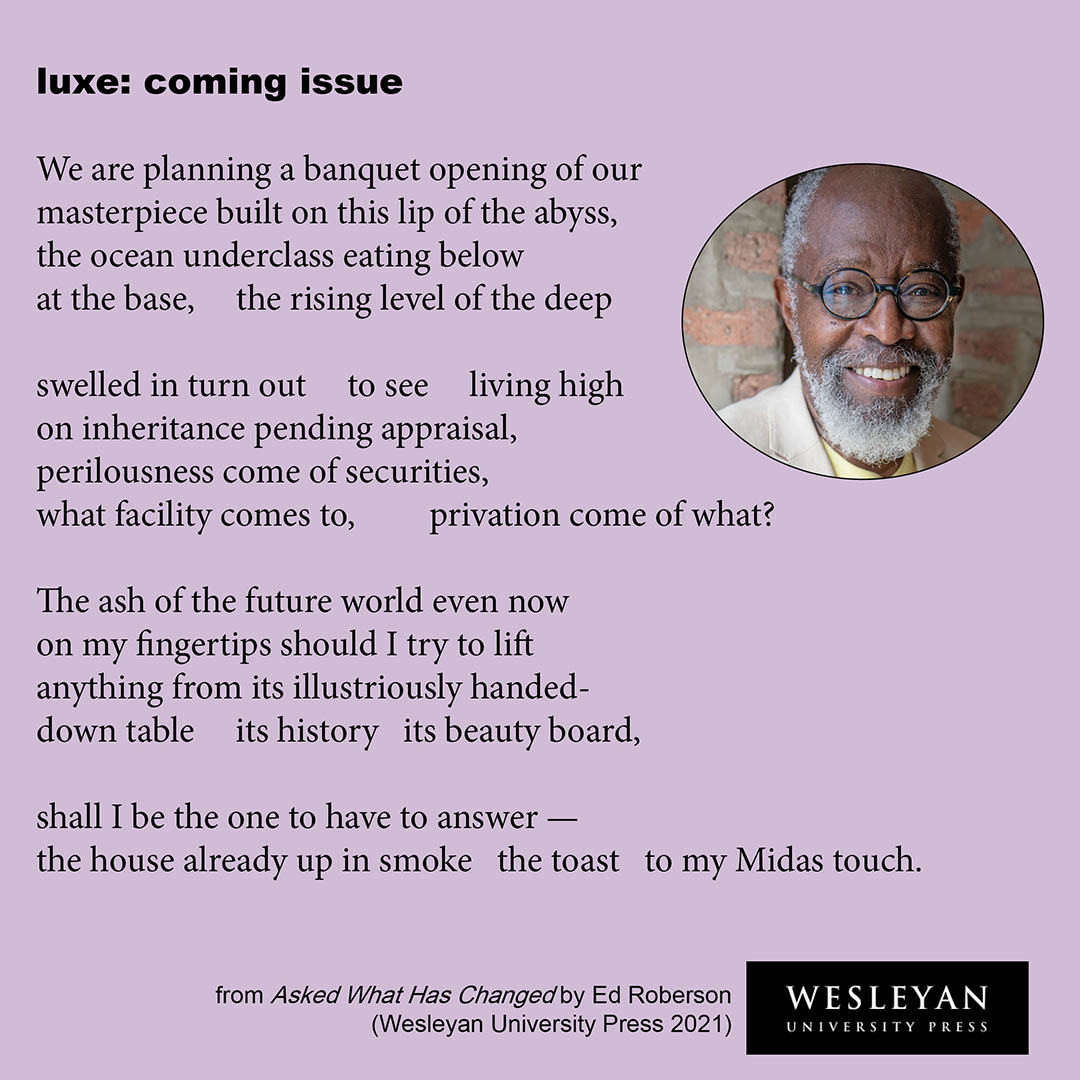 I slept on this book when it came out ⁦@weslpress⁩ & this week it's my talisman & I'm finally writing on it wish me luck chicagoreview.org/evie-shockley-… Retweeted by weslpress

"I waited for somebody to love Phillis and John as I loved her. And then, I stopped waiting. I decided it was past time. I wrote this book." The book Honorée Fanonne Jeffers (@BlkLibraryGirl) wrote was The Age of Phillis (@weslpress). Retweeted by weslpress

Congratulations to Rae Armantrout, (“Conjure”) and Honorée Fanonne Jeffers (“The Age of Phillis”) who are both finalists for the PEN America Voelker Award! #PENAmerica #PoetryAwards #AmericanPoetry #BlackExcellence #AmericanPoetry #languagepoetry #poetryawards

We would like to congratulate Honorée Jeffers for her nomination for a @NAACPImageAward in the poetry category for her outstanding book “The Age of Phillis”! Thank you @NAACPImageAward for honoring #OURExcellence and #OurStories! #NAACPImageAwards #TheAgeofPhillis #HonoréeJeffers 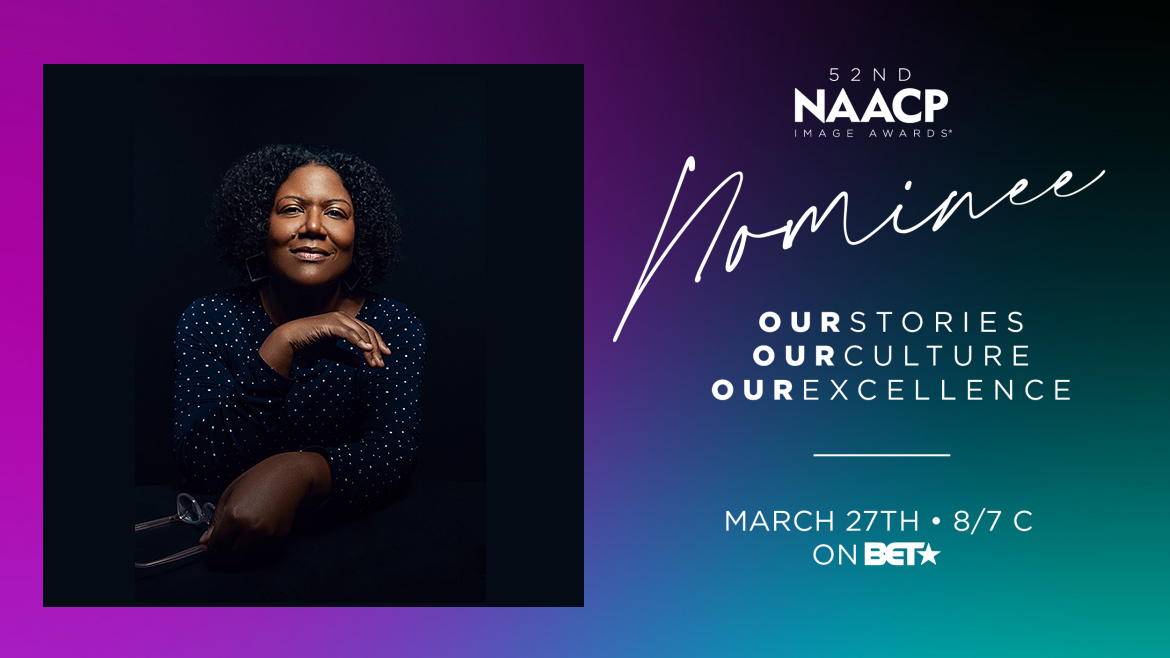 We would like to congratulate Hafizah Geter for her nomination for a @NAACPImageAward in the poetry category for her outstanding book “Un-American”! Thank you @NAACPImageAwards for honoring #OURExcellence and #OurStories! #NAACPImageAwards #OurCulture #UnAmerican #HafizahGeter 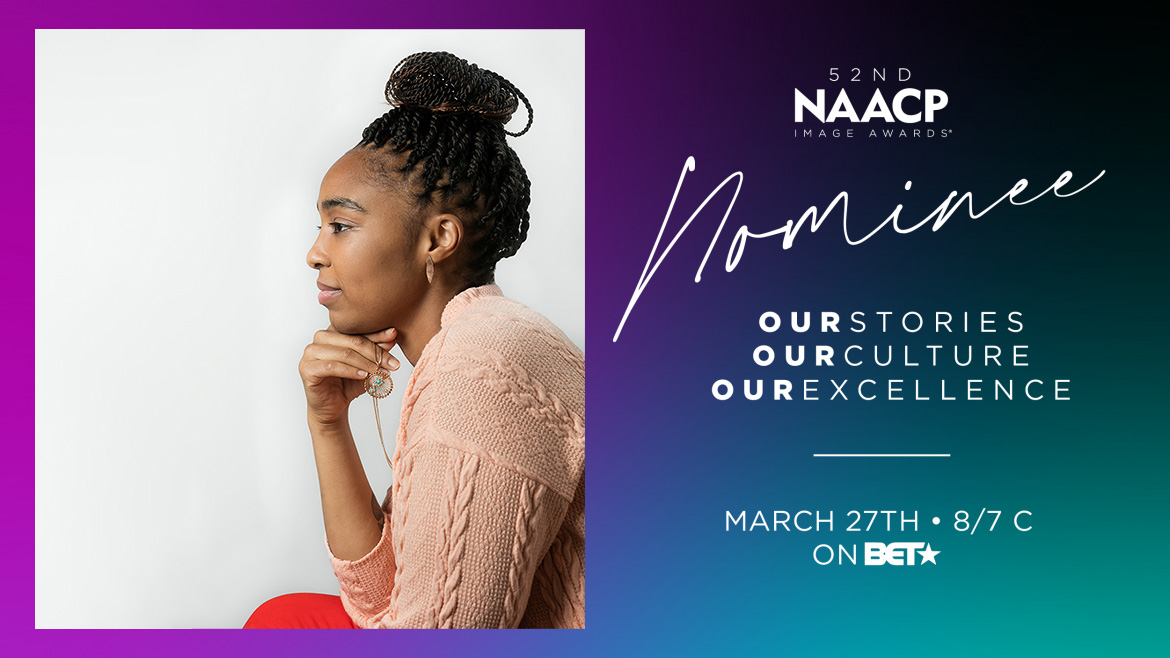 Ai Weiwei used marble from the same quarry to carve the facsimile of iron rebar on the cover of my book #AForestOfNames. This is a detail from a piece titled "Rebar and Case" (2014). (@aiww) Retweeted by weslpress

February 10. Today is the birthday of Miáomiáo: 苗苗 Sprout Sprout And from the same quarry that lined the mausoleum of a tyrant, the blocks of marble were carved into a field of white grass. #AForestOfNames #512Birthday Image: @aiww, "Cao" 2015, @royalacademy. Retweeted by weslpress

Congratulations to @surrealsermons for Wild Peach's nomination as a finalist for @PENamerica 's Open Book Award. And to the other finalists (incl. former FP guest editor Mei-mei Berssenbrugge) and presses @NewDirections @weslpress + others. #PENlitawards bit.ly/3tGvVJ3 Retweeted by weslpress

Many thanks @RainTaxiReview! Looking forward to your FREE event 2nite with one of the 2021 #DubLitAward Longlisted authors, Ocean Vuong when we chats to Peter Gizzi about poetry & death, grieving & light. #poets #PoetryCommunity #PoetryEvent @weslpress raintaxi.com/peter-gizzi-wi… twitter.com/RainTaxiReview… Retweeted by weslpress

Don’t forget to snag your place for our event this Wednesday with #poets Peter Gizzi and Ocean Vuong to celebrate Now It’s Dark (@weslpress)! Free to register: raintaxi.com/peter-gizzi-wi… #PoetryCommunity #PoetryEvent Retweeted by weslpress

February 8. Today is the birthday of Xiǎosēn: 小森 Small Forest Once finished with the trunk, the brush dances side to side. An infinity of black from the heart of a burning pine. #AForestOfNames #512Birthday @weslpress @aiww Retweeted by weslpress

“That I saw the light on Nonotuck Avenue and heard the cry of a dove recede into a rustle. That its cry was quiet light falling into a coffin. That it altered me.” Peter Gizzi reads from Now It’s Dark (@weslpress) for #PageOneAudio: at.pw.org/GizziP1 Retweeted by weslpress

I really like the paper my book is printed on. I like how it feels and that it's made with 100% post-consumer fiber. And the printing job is beautiful. Thanks, @weslpress! hfsbooks.com/books/a-forest… Retweeted by weslpress

February 7. Today is the birthday of Guānyǔ: 關宇 Barrier / Cosmos The ageless subject of Chan meditation: How to pass through one’s own name? #AForestOfNames Retweeted by weslpress

Just added to our Youtube channel, our event with Peter Gizzi, celebrating his new book of poems, Now It's Dark (published by @weslpress) with special guest @CAConrad88! A #CityLightsLIVE broadcast. youtube.com/watch?v=lcksbf… Retweeted by weslpress

Coming next week to a computer near you! Celebrate Peter Gizzi and his new book of #poetry Now It’s Dark (@weslpress) with a conversation with Ocean Vuong! Learn more: raintaxi.com/peter-gizzi-wi… #PoetryCommunity Retweeted by weslpress

'...Another breathtaking contribution to his inquiry into how black aesthetics can sharpen our understanding of local and global ecosystems...' -Evie Shockley 'Renegade Poetics' #ecopoet #ChicagoPoet #BlackHistoryMonth #BlackPoets hfsbooks.com/books/asked-wh… 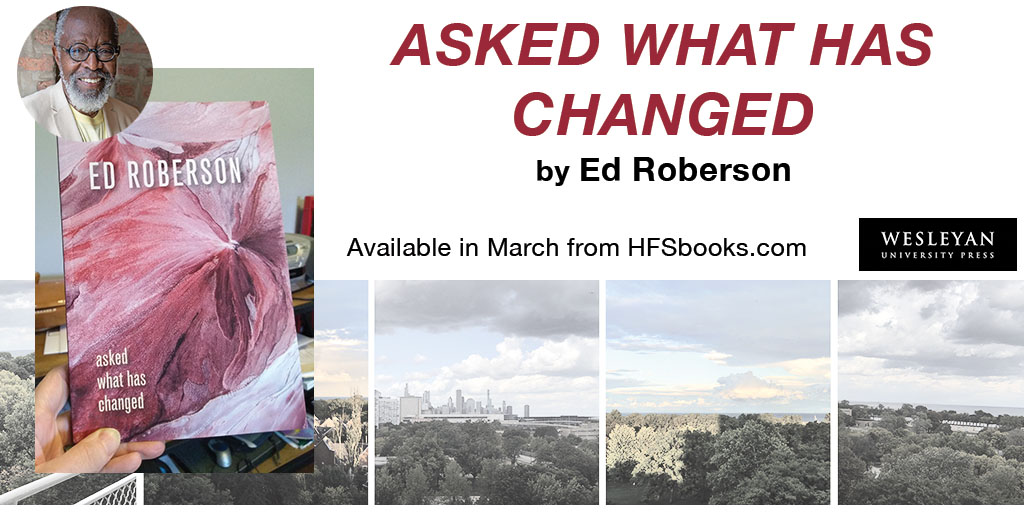 February 3. Today is the birthday of Jìngqíng: 靖晴 Tranquil & Clear To the standing sun in a pale sky. A child, adrift in white light, throws gemstones into a well. And the stones throw color back at our thirst. #AForestOfNames #512Birthday Retweeted by weslpress

The Gernert Company 3 weeks ago 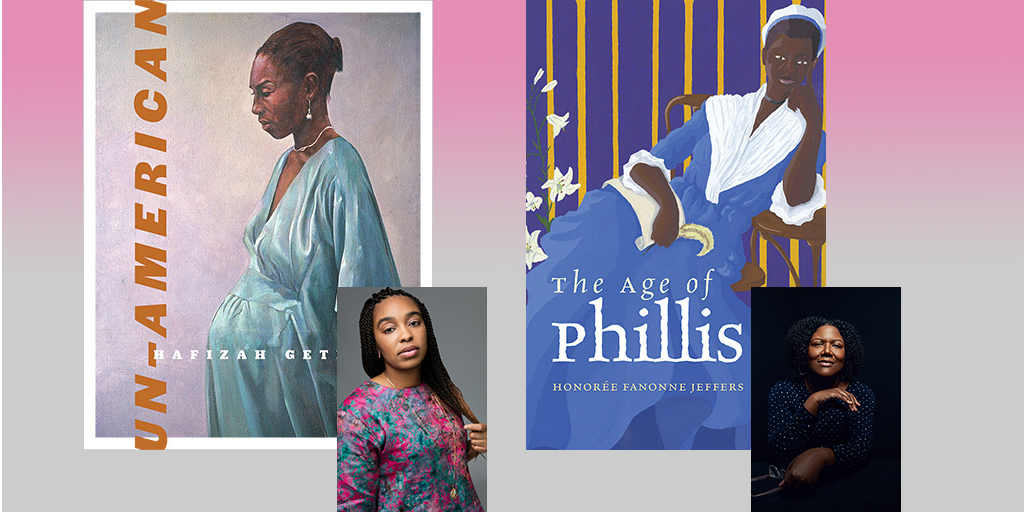 February 2. Today is the birthday of Lù: 霽 Clearing Sky He stood on his head, and to his astonishment watched the clouds ripening like fields of grain. #AForestOfNames @weslpress Retweeted by weslpress

“Where do we find language to describe, process, and check the attacks and injuries we see and suffer?” —Wesleyan University Press, publisher of Semiautomatic, the @PulitzerPrizes nominated book by poet Evie Shockley @seminewblack @weslpress Retweeted by weslpress 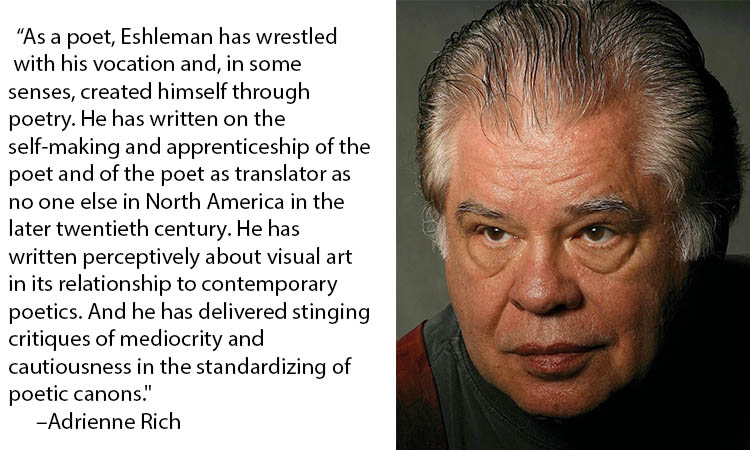 "Please send a poem my way, as your words are my only want. My love, I need to know you are alive." #todayspoem Lost Letter #25: John Peters, Boston-Gaol to Phillis Peters, Boston by Honorée Fanonne Jeffers (@BlkLibraryGirl) from The Age of Phillis (2020 @weslpress) Retweeted by weslpress

“That I am a host. That the ghost of the text is unknown. That I live near an Air Force base and the sound in the sky is death.” Peter Gizzi reads from his latest poetry collection, Now It’s Dark (@weslpress), for #PageOneAudio: at.pw.org/GizziP1 Retweeted by weslpress

Join Us At MLA…