“Alfred Arteaga’s poems have the courage of dislocation, moved in underworld descent, migration, prophecy, protest, starry skies, and heteroglossia. Gathered at last into a single book, Xicancuicatl is an epic cycle for our times.”
—Edgar Garcia, author of Skins of Columbus: A Dream Ethnography

Xicancuicatl: Collected Poems collects the poetry of leading avant-garde Chicano poet Alfred Arteaga (1950–2008), whom French philosopher Gilles Deleuze regarded as “among those rare poets who are able to raise or shape a new language within their language.” In his five published collections, Arteaga made crucial breakthroughs in the language of poetry, basing his linguistic experiments on the multilingual Xicanx culture of the US Southwest. His formal resources and finely tuned ear for sound patterns and language play remain astonishing. His poetical work, presented as a whole here for the first time, pursues a steadily unfolding project that draws on the tradition of Xicanx writing from the eighteenth-century poet and nun Sor Juana de la Cruz to his contemporaries in the Chicano Renaissance.

Arteaga’s poetry is a sustained and exemplary unfolding of Xicanx poetics out of the historical situation of radical border- and language-crossing and remains still virtually the only work of this rhetorical orientation and theoretical sophistication carried out in the field. His poetry speaks more than ever to a moment in which border-crossing, cultural diversity, language-mixing and a multi-cultural vision of America are critical issues. Read a sample poem from the collection below: 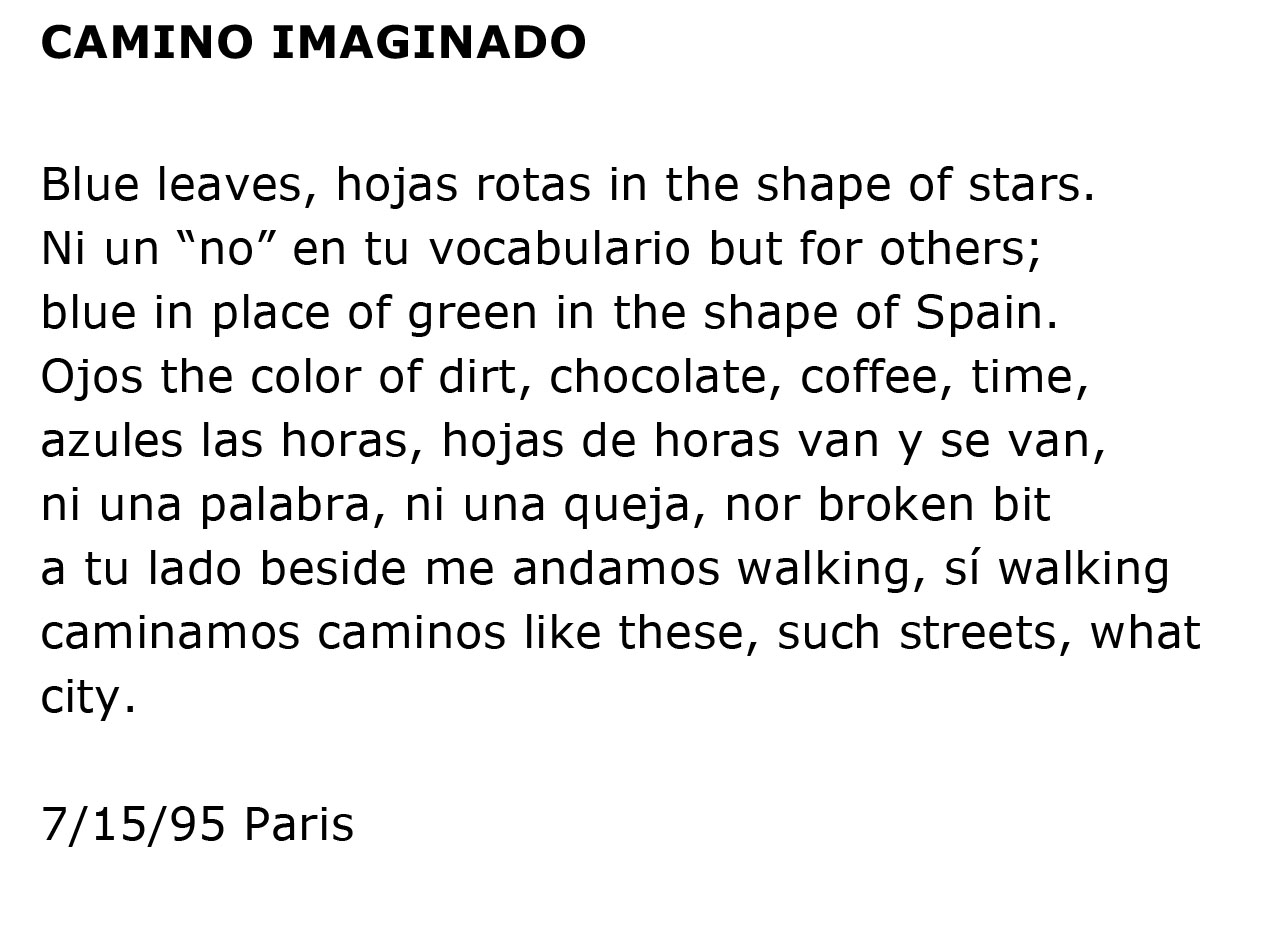 ALFRED ARTEAGA (1950–2008) is a renowned Chicanx poet and scholar whose work stretches across cultural and linguistic barriers. He was professor in the Department of Ethnic Studies at the University of California, Berkeley.

DAVID LLOYD is a professor of English at the University of California, Riverside, and author of several books on postcolonial and cultural theory, literature, poetry and poetics.

CHERRÍE MORAGA is a Chicana writer, feminist activist, poet, essayist, and playwright. She is part of the faculty at the University of California, Santa Barbara in the Department of English.

Really illuminating article: “The failure to see the full scope of the war has the effect of isolating the drone from the broader social and material worlds that make the drone war possible…. The US disperses its war-making among transnational security assemblages.” twitter.com/Madi_Hatter/st… Retweeted by weslpress

Read alongside this piece in @NewYorker on Afghan women, it’s as if the withdrawal has enabled US media outlets to finally acknowledge some of the massive suffering caused by drone warfare: newyorker.com/magazine/2021/… Retweeted by weslpress

Some reflections on all this in my book The Blue Split Compartments from @weslpress. I read from it here, courtesy of @the87press: m.youtube.com/watch?v=__XHBr… Retweeted by weslpress

For ASAP/J, @patty_argy asks "how to read, write, and think about choreography in print" in a review essay on Annie-B Parson's DRAWING THE SURFACE OF DANCE. @BigDanceTheater @weslpress asapjournal.com/reading-choreo… Retweeted by weslpress 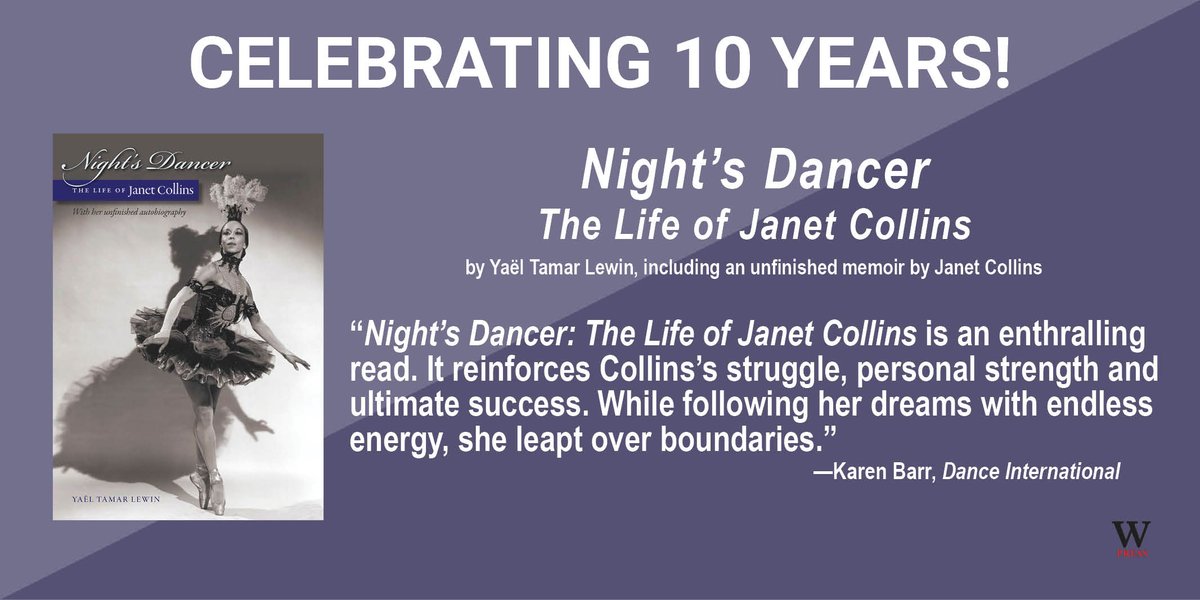 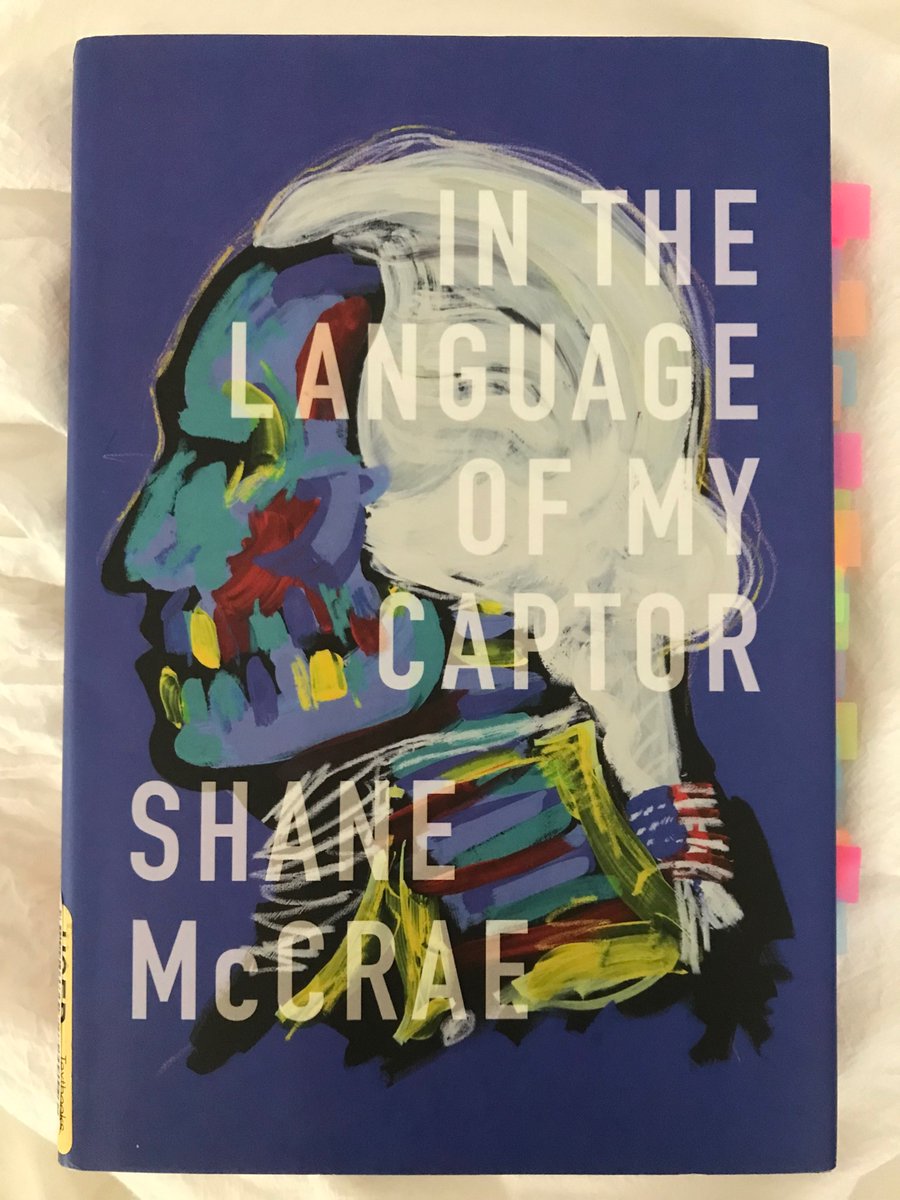 The Slowdown 1 week ago

BIG NEWS: We're coming back on September 21st with new episodes and a new host —@adalimon! Follow our show on your favorite #podcast app or find out where to listen at slowdownshow.org Retweeted by weslpress

"Through her mother’s death and her father’s illnesses, Hafizah Geter @RhetoricAndThis weaves the natural world into the discourse of grief, human interactions, and socio-political discord." @weslpress opencountrymag.com/hafizah-geters… Retweeted by weslpress

Our nation’s #PoetLaureate @JoyHarjo talks about her new #book and more at @NPR: npr.org/2021/09/07/103… #poetry #PoetryCommunity Retweeted by weslpress

devoured my first reading of this amazing book and know i'll be returning to it for a long time to come twitter.com/weslpress/stat… Retweeted by weslpress

“The difficulty of pledging oneself toward a stable history, especially as a Diasporic writer, gives The Past its complex tensions.” #migration #displacement #diaspora #chineseamerican #tiananmen #newpoetry #poetry @PoetryFound poetryfoundation.org/harriet-books/…

In conversation with @aiww and Stephanie Elliott Prieto. Thank you, @RainTaxiReview for publishing this piece. 🙏 @weslpress raintaxi.com/a-landscape-of… Retweeted by weslpress

Today marks the one-year anniversary of the release of my first of book of poems *A Forest of Names*, published by @weslpress. The poems consider the names of schoolchildren killed in the 2008 Wenchuan earthquake, and ways these names shed light on our humanity and our dignity. Retweeted by weslpress

‘…Memory, to memory, to the dirt path opening again in a dream. I have not been back for so many years. I walk the distance in my mind, the margins flowing by like so much foreign water.’ —Wendy Xu @wendyX Retweeted by weslpress

Who is “the past” for, after all, and what does it allow? Out now! Order from HFSbooks.com using code Q301 for a 30% discount. #ThePast #WendyXu #Sonnets #AsianAmerican #ChineseDiaspora #Tiananmen #diaspora #immigration 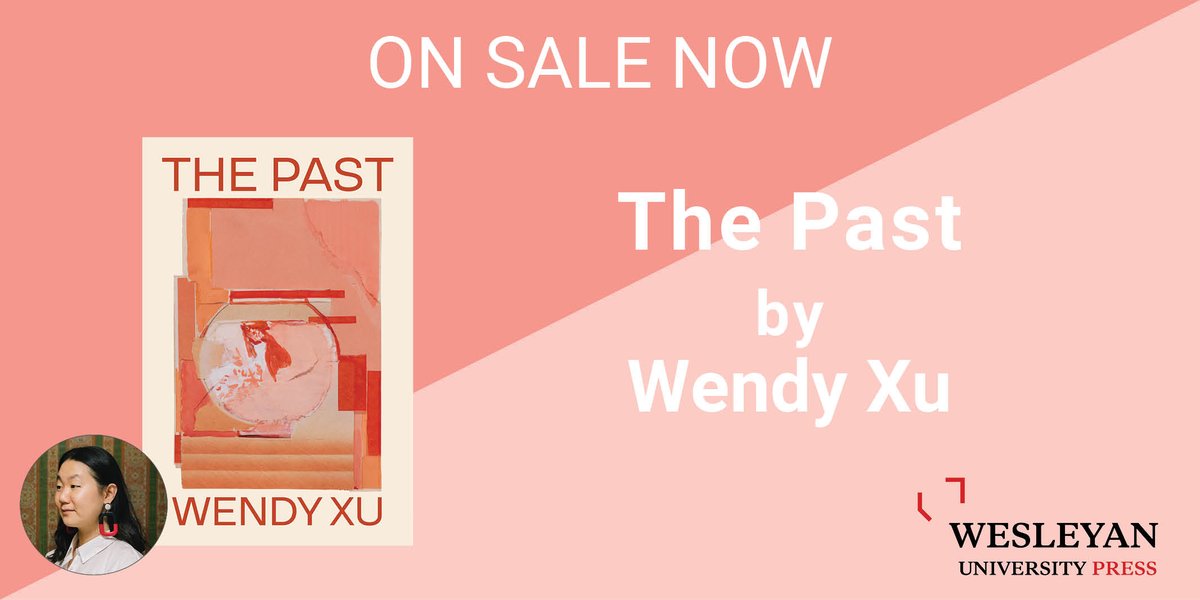 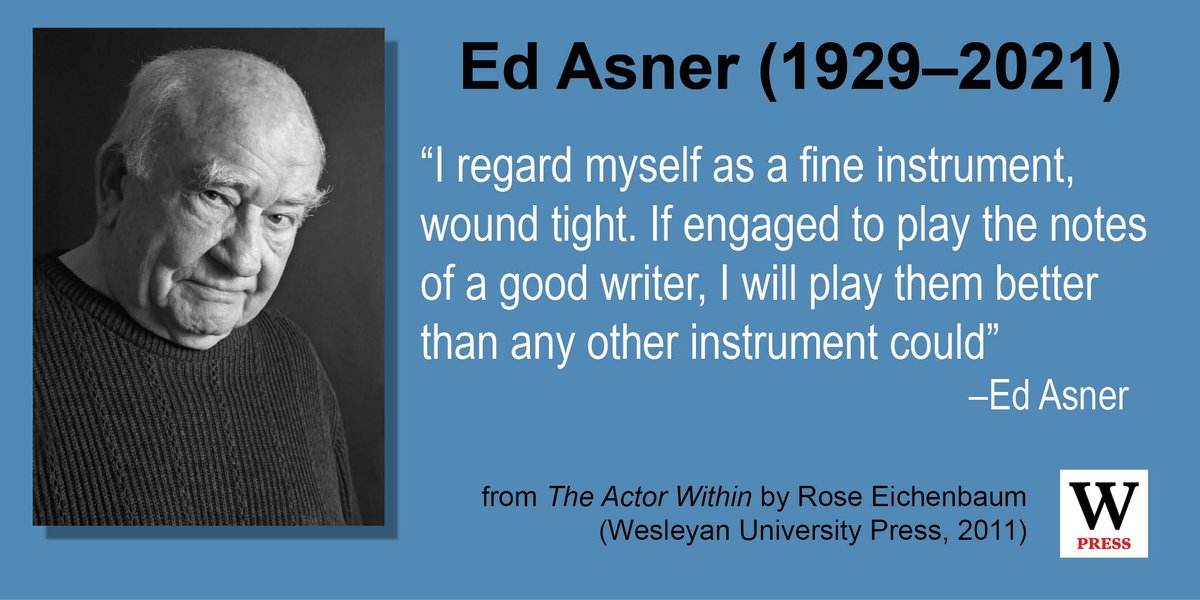 Eiko Otake: Slow Turn — In Remembrance of 9/11 (by the creator of A Body in Fukushima) nyuskirball.org/events/eiko-ot… #nyuskirball #911 #memory #grief #dignity #NYC #downtown

@likaluca Wesleyan has a new audiobook version of Liz Lerman's "Hiking the Horizontal." Dance for all! audible.com/pd/Hiking-the-…

“Surface of jade troubled / slow by veining white: / the past doesn’t remember / its hysterical color moving / freely out” -Wendy Xu (@wendyX), The Past (@weslpress) …n-books-a-poem-emporium.myshopify.com/products/09-07… Retweeted by weslpress

Brooklyn Public Library and the Brooklyn Eagles are proud to announce the 2021 #BKLYNLitPrize longlist nominees. See the full list at https://t.co/qounpCL6hG and join us in celebrating the nominees!🎉 pic.twitter.com/lciSTnnNPf

"The Blue Split Compartments by Andrea Brady is a sophisticated suite of poems that brings into view an astonishingly complex picture of the cultural ramifications of drone warfare." poetryfoundation.org/harriet-books/…

Thrilled that Honorée Fanonne Jeffers' new novel is an @oprahsbookclub pick! You may also be interested in "The Age of Phillis", a poetry collection based on the life of Phillis Wheatley, published by Wesleyan. #AgeOfPhillis #ReadWithUs @BlkLibraryGirl twitter.com/oprahsbookclub…

Our next selection is “The Love Songs of W.E.B. Du Bois” by Honorée Fanonne Jeffers (@BlkLIbraryGirl), a masterful novel that follows one family, the Garfields, through 400 years of African-American history. Get your copy on @applebooks and #ReadWithUs: https://t.co/iXl6kP8eJp pic.twitter.com/tY28X5OdcW 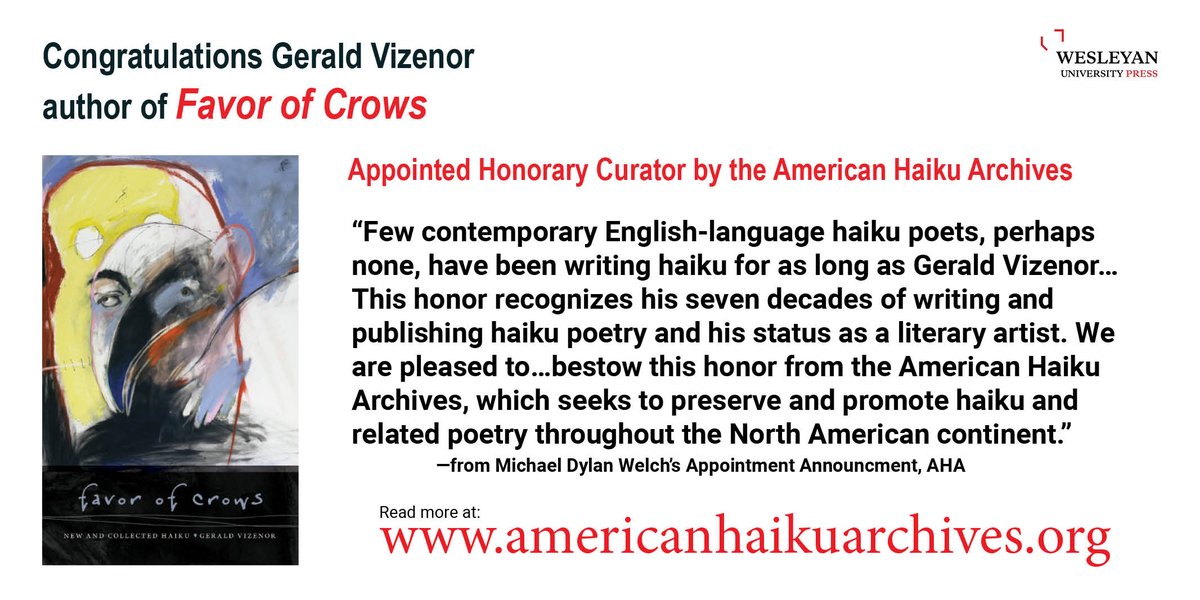 ✨✨an angel in hardcover has landed!!! 🌹 📚 The Past releases in about two weeks on Sept 7th, there’s still time to support me with a pre-order and you’ll get it before the official publication date: tinyurl.com/yc69z6f2 Retweeted by weslpress

Now the days are going like cut grass, hay scent as I walk, clumps of mowed grass dying, that sweet smell, the past taken in my hand, the cool, the green of life still lingering against my palm & fingers. The little stripéd grasshoppers cling to the curved blade of what is left Retweeted by weslpress

My new book, The Blue Split Compartments, now out from @weslpress. Documentary history of drone warfare strafed with reflections on the myths and mechanics of prosthetic violence, voyeurism, masculinity and desire. hfsbooks.com/books/the-blue… Retweeted by weslpress

Peter Gizzi reads “That I Saw the Light on Nonotuck Avenue” (from his book NOW IT’S DARK, @weslpress) at the Silo City Reading Series on 7/31/21 🌆 youtu.be/EYNvMdINJRE Retweeted by weslpress 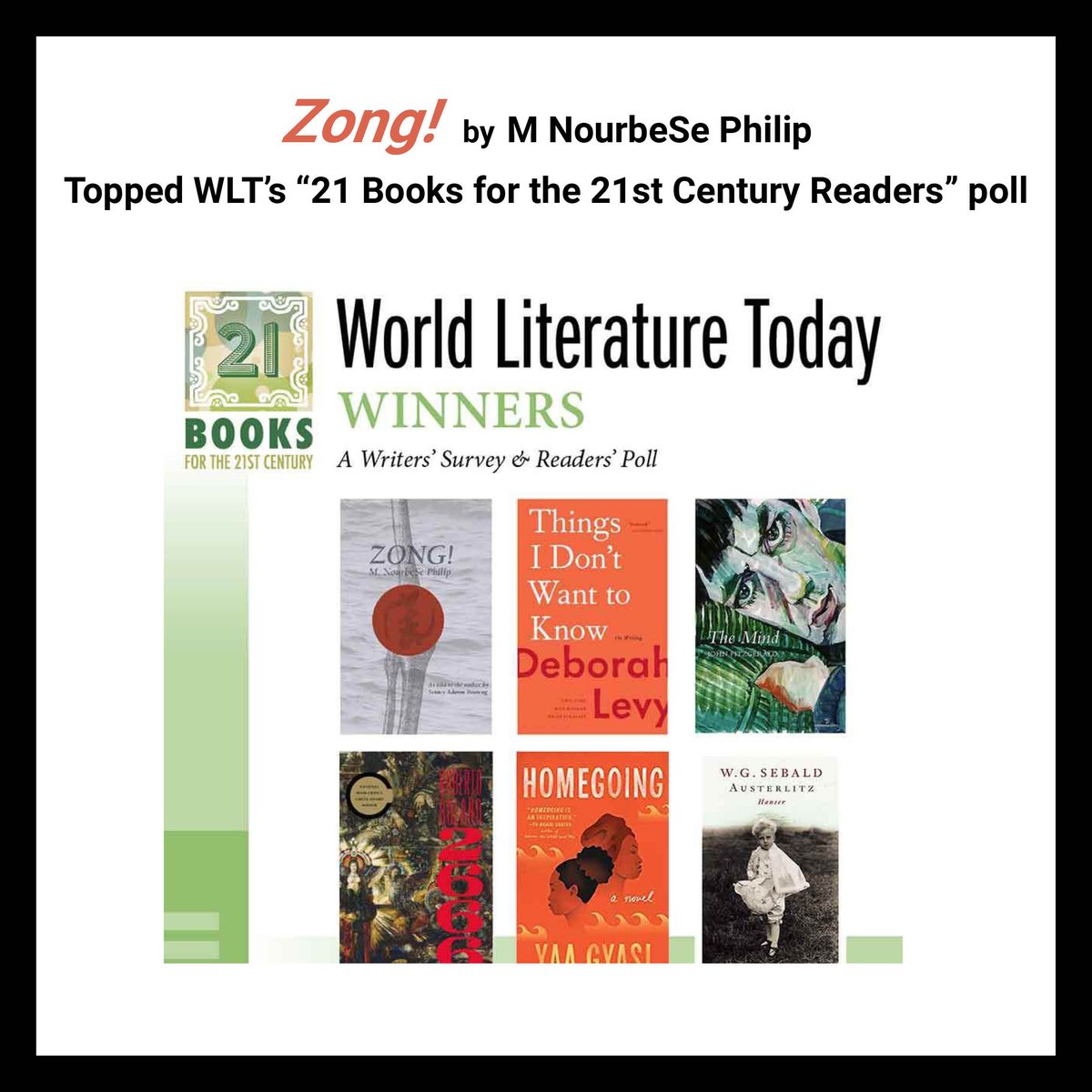 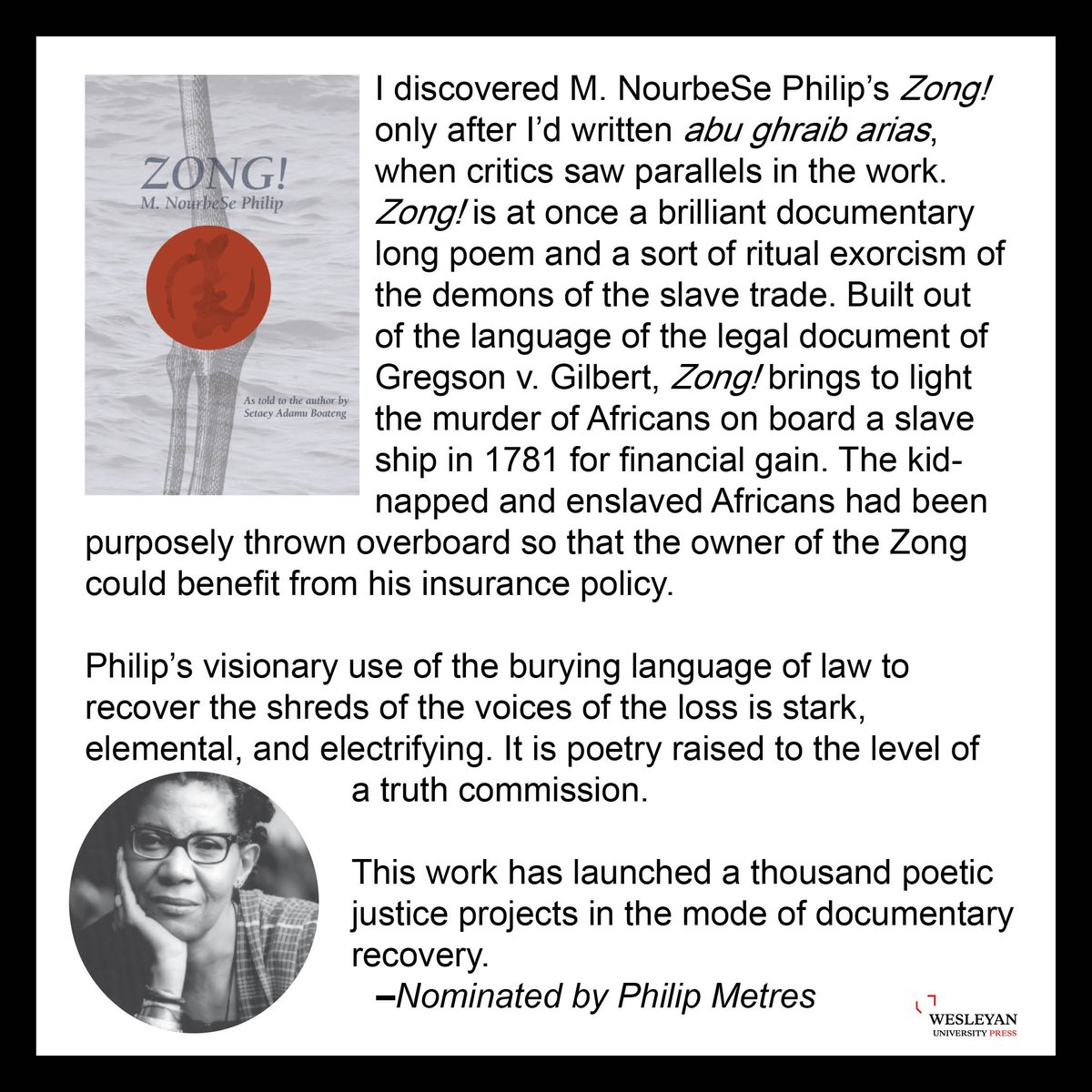 August 12. The birthday of Forest. I photographed this page in the light of the forest burning. 🙏 #AForestOfNames @weslpress Retweeted by weslpress

Such a beautiful remembrance of #poet and @HangingLooseNY #publisher Robert Hershon by Joanna Furhman, at the @poetry__project Newsletter: poetryproject.org/publications/n… Retweeted by weslpress

Sadly, @mhmhart42 is leaving her job as asst books ed for @OprahDaily. But that means I need a new rising star to take her place. I welcome your recs @lhaber@hearst.com Retweeted by weslpress

@NMAAHCdirector Hi Kevin, I want to send you electronic or hard copy review copies for our poetry books, but I'm not sure what address (physical or email). Could you maybe message me with an update? Belated congrats on your new position at NMAAHC! -Stephanie @ Wesleyan UP.

I just want to give a shout out to all the folks who have read/are reading The Love Songs of W.E.B. Du Bois, my chubby first born novel—all 816 pages if it! I’m so grateful to y’all for staying by my side on this new adventure. I love y’all so, so strong. Retweeted by weslpress

no thoughts yet no elegant things to say, time for all that later, just…The Past is finally here 💚✨ Retweeted by weslpress 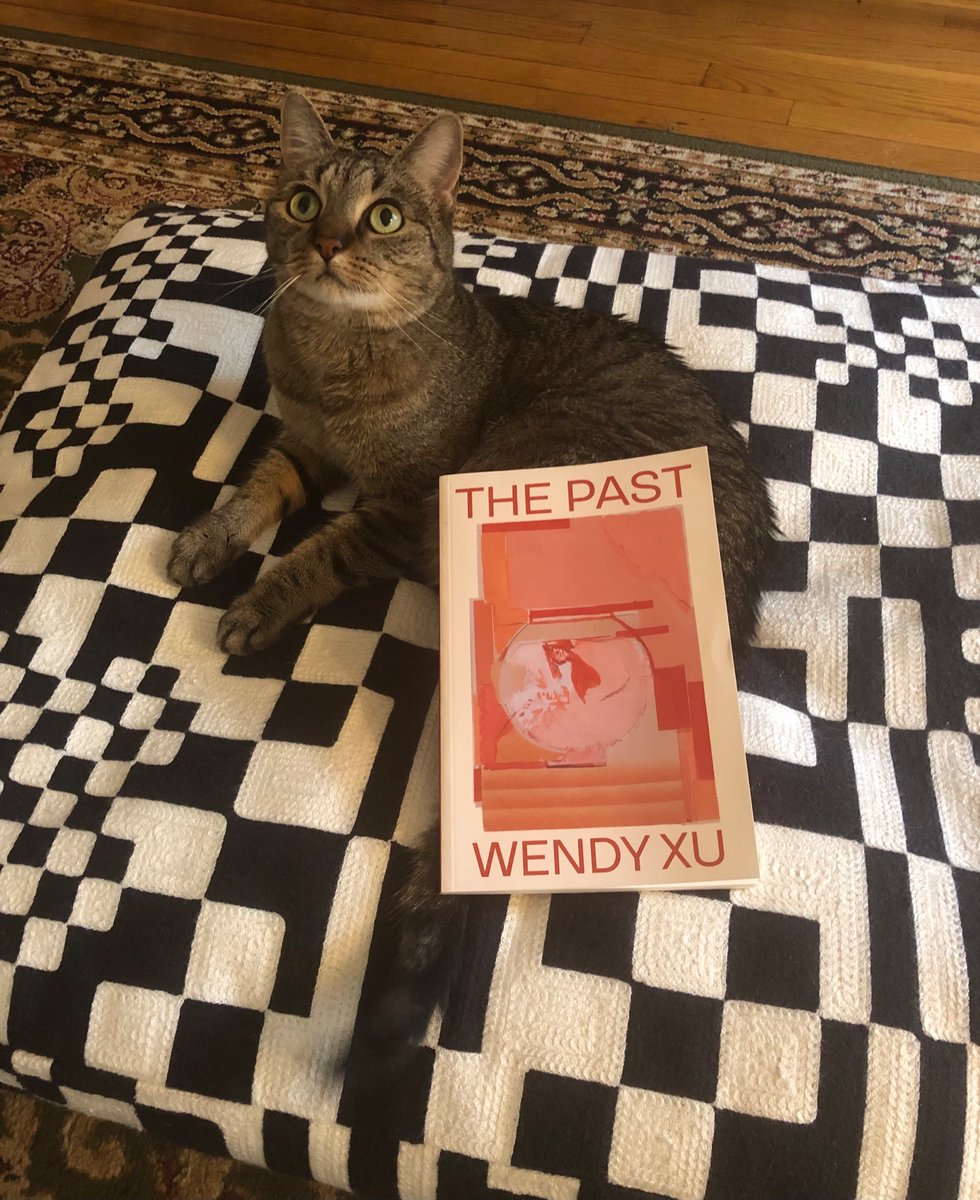 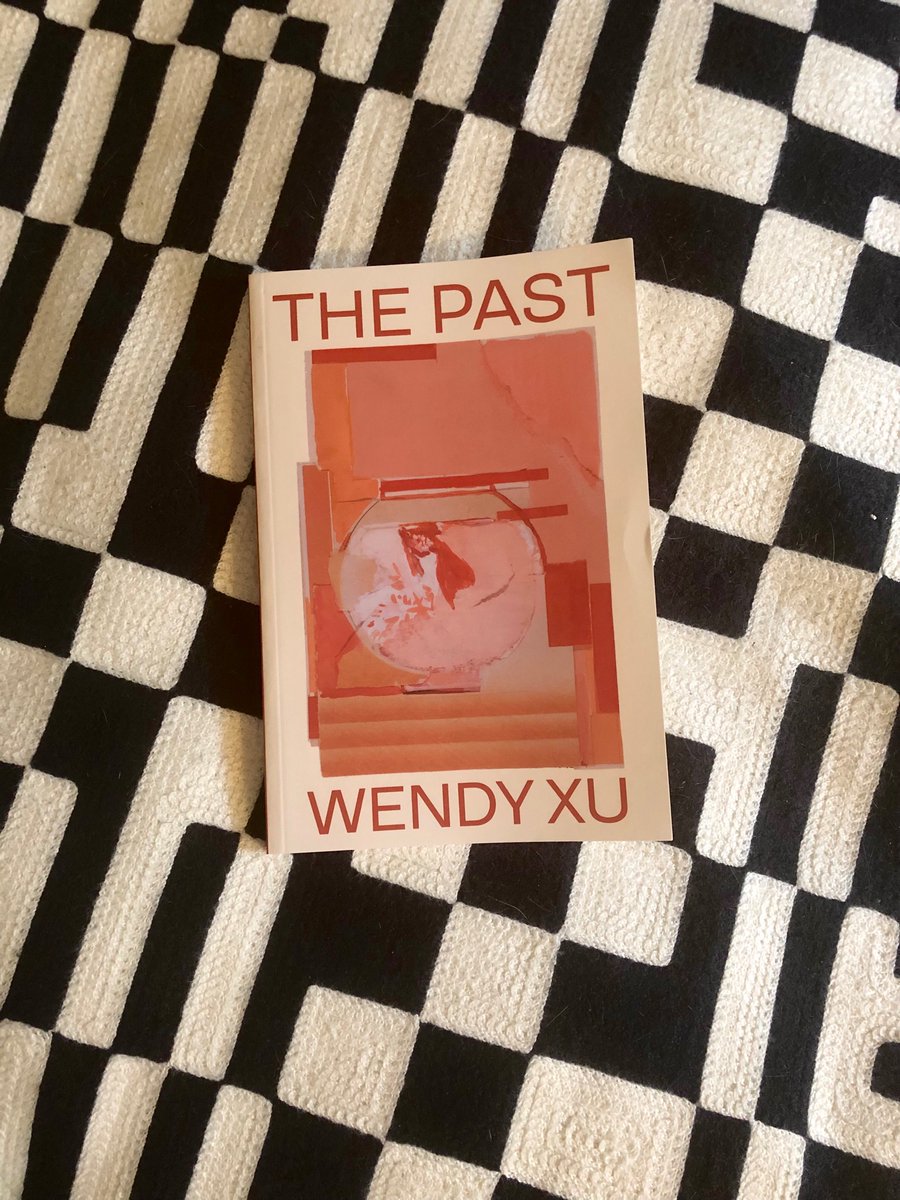