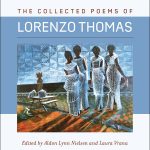 On August 31st, 1944, 76 years ago today, beloved poet Lorenzo Thomas was born in the Republic of Panama. Thomas and his family moved to New York in 1948, where he grew up. After serving in Vietnam, Thomas went to Texas as a writer-in-residence at Texas Southern University in 1973. He stayed in Houston until his death in 2005, teaching as a professor at the University of Houston’s downtown campus. He gave back to the Houston community by teaching writing workshops at the Black Arts Center and by organizing the Juneteenth Blues Festival in Houston as well as in other Texan cities.

Thomas’ poetry is known for its deeply personal and political themes. Thomas was part of the Black Arts Movement in New York City and was the youngest member of the Society of Umbra, which went on to become the Umbra workshop, whose other members included Ishmael Reed, Calvin Hernton, and Tom Dent (to whom the poem below is dedicated). Influenced by the work of Caribbean poet Aimé Césaire, Thomas identified with and was strongly influenced by African American and African culture.

His poetry synthesizes New York School and Black Arts aesthetics, heavily influenced by blues and jazz. In a career that spanned decades, Thomas constantly experimented with form and subject, while still writing poetry deeply rooted in the traditions of African American aesthetics. Whether drawing from his experiences during the war in Vietnam, exploring his life in the urban north and the southwest, or parodying his beloved Negritude ancestors, Thomas was a lyric innovator. His poetry reveals his great knowledge of surrealism, contemporary American popular culture, and cinema. Thomas’ work also highlights his empathy for underprivileged peoples and communities.

Today, we remember Lorenzo Thomas for the immense contributions he has made to the world of poetry and to the study of African-American literature. We share this poem in his remembrance. Between the musical lines of “Discovering American Again,” Thomas offers a meditation and critique of American history and morality that rings true today. With mentions of Black visionaries Marcus Garvey, Booker T. Washington, and W.E.B. Du Bois, Thomas highlights the difficulty that Black Americans have long faced in the struggle against white society for equal rights and fair treatment. He shows that this struggle isn’t a new one: “someone has walked this way before.” Native people have long been familiar with the “veneers… and… valences/ [that] could be false and/…distracting”; they know the demands of white propriety, how it calls for civility before freedom. In this poem, Lorenzo Thomas addresses the memory of the roles and roots of both Indigenous and African people in what we have become accustomed to calling America. Happy 76th Birthday, Lorenzo Thomas! 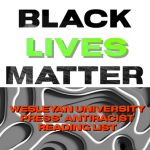 To celebrate the continuous struggle for freedom and equality in America, Wesleyan University Press has compiled a few antiracist reading lists in order to amplify BIPOC (Black, Indigenous, and People of Color) voices, experiences, and histories. Below are just a few of the fantastic titles Wesleyan University Press has published by BIPOC authors or about the Black historical legacy. Poetry, music and dance, autobiography, science fiction, historical novels, and more show the breadth of these lyrical, literary, and scholarly contributions. We are dedicated to supporting Black authors and stories, to listening and learning through publishing and reading. This moment is highlighting just how much work there is to be done in order to dismantle systemic racism in our country; these books help show us why that work is so important and how we can begin to integrate it into our daily lives and reading practices. Black lives matter!

To order books and view our full list of titles, please visit https://www.hfsbooks.com/publishers/wesleyan-university-press/ or click on the below cover images to visit a book page directly. And don’t forget to look out for Beyoncé in the World: Making Meaning with Queen Bey in Troubled Times edited by Christina Baade and Kristin McGee– forthcoming in Spring 2021!

In a time of social distancing, virtual connection has become more important than ever. Off Topic Poetics, a non-profit Youtube channel, has taken full advantage of the moment by starting the Distāntia Reading Series. The online video project is described as “an experimentation with intimate social distancing through remote access to poetry.” The channel accepts recordings from poets reading their work in quarantine and posts them to a playlist titled “Distāntia.” The original work, coupled with a video of the poet reading, creates an intimate viewing experience that can help people who feel isolated from human interaction during COVID-19 distancing. 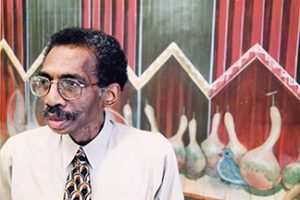 “Sprucing Spring up on Larkin Street,” a poem from The Collected Poems of Lorenzo Thomas, was recited by editor Aldon Lynn Nielsen and submitted to the project earlier this week. Lorenzo Thomas (1944−2005) was the youngest member of the Society of Umbra, predecessor of the Black Arts Movement. The Collected Poems of Lorenzo Thomas is the first volume to encompass his entire writing life. His poetry synthesizes New York School and Black Arts aesthetics, heavily influenced by blues and jazz. In a career that spanned decades, Thomas constantly experimented with form and subject, while still writing poetry deeply rooted in the traditions of African American aesthetics. Whether drawing from his experiences during the war in Vietnam, exploring his life in the urban north and the southwest, or recalling his beloved ancestors, Thomas was a lyric innovator. His experimentation is perfect for our current moment of social improvisation in the face of the unknown, reminding us that we can always find new ways to navigate the world around us.

Subscribe to Off Topic Poetics on Youtube to stay updated on the Distāntia Reading Series, and check out The Collected Poems of Lorenzo Thomas to read more like “Sprucing Spring up on Larkin Street” to keep you company during social distancing.

A Celebration of Lorenzo Thomas 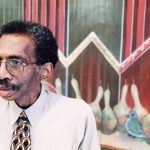 In late October a celebration of the late poet Lorenzo Thomas was organized at the Poetry Project on St. Marks.The event featured readings of his work by A.L. Nielsen, Charles Bernstein, Erica Hunt, Tracie Morris, and other contemporary poets in celebration of Thomas’ legacy and forthcoming poetry collection, The Collected Poems of Lorenzo Thomas, edited by Aldon Lynn Nielsen and Laura Vrana. 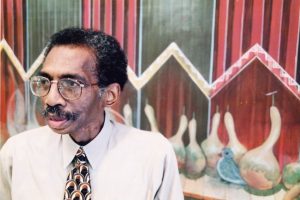 Afro-Caribbean poet Lorenzo Thomas was born in Panama in 1944 and relocated to Queens, New York, in 1948. Recognized for his contributions to the Umbra workshop and the proceeding Black Arts Movement of Harlem, he published ten collections of poetry in his lifetime, including Chances Are Few (1979), The Bathers (1981), and Dancing on Main Street (2004). He was the editor of Extraordinary Measures: Afrocentric Modernism and 20th-Century American Poetry (2000), which received the honor of Choice Outstanding Academic Book for the year. After graduating from Queens College in 1971, Thomas served in the United States’ Navy (1971–1973) and later became a professor of English at the University of Houston-Downtown, in 1984. He passed away in 2005, in Houston.

Recordings from the event can be found on YouTube.
Part I
Part II 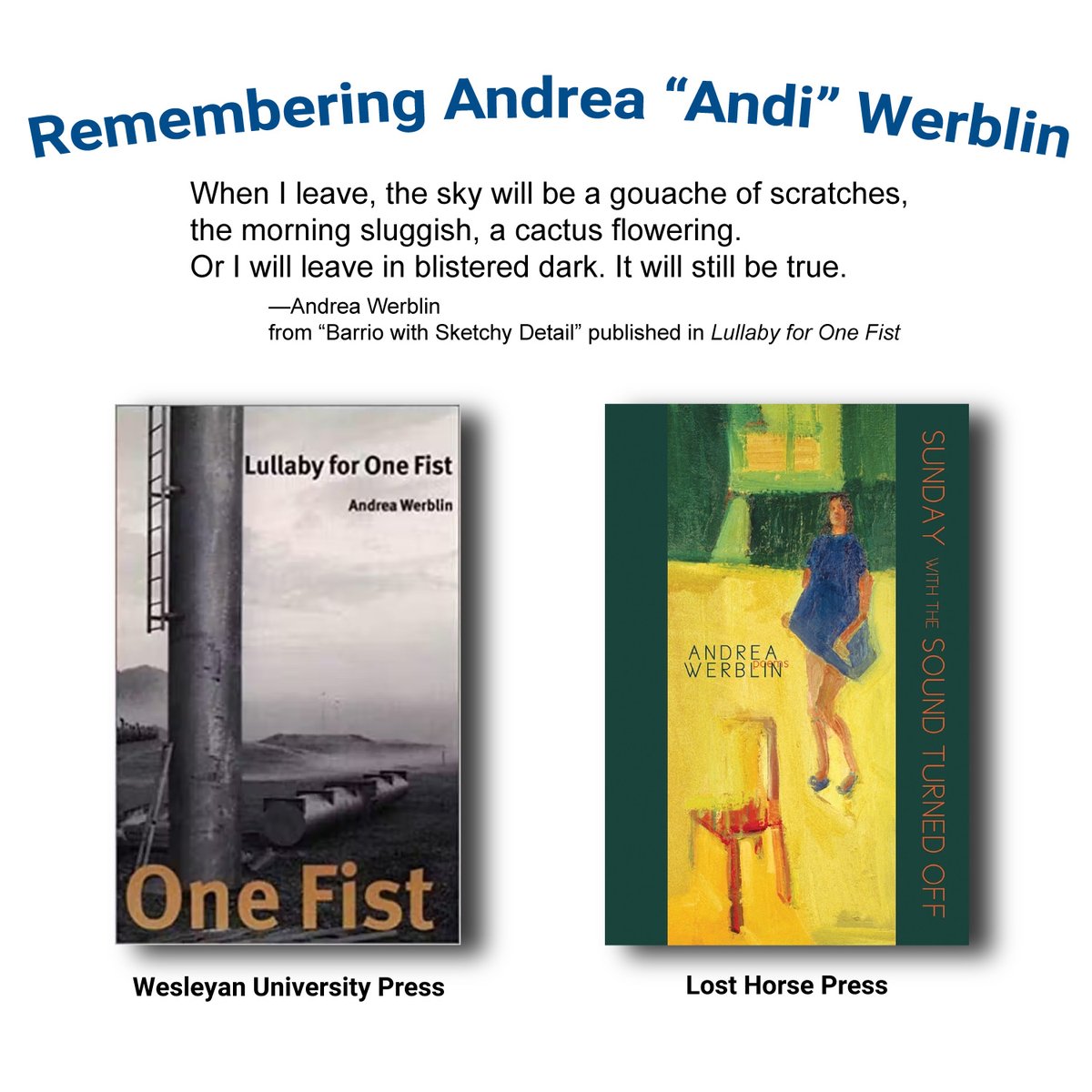 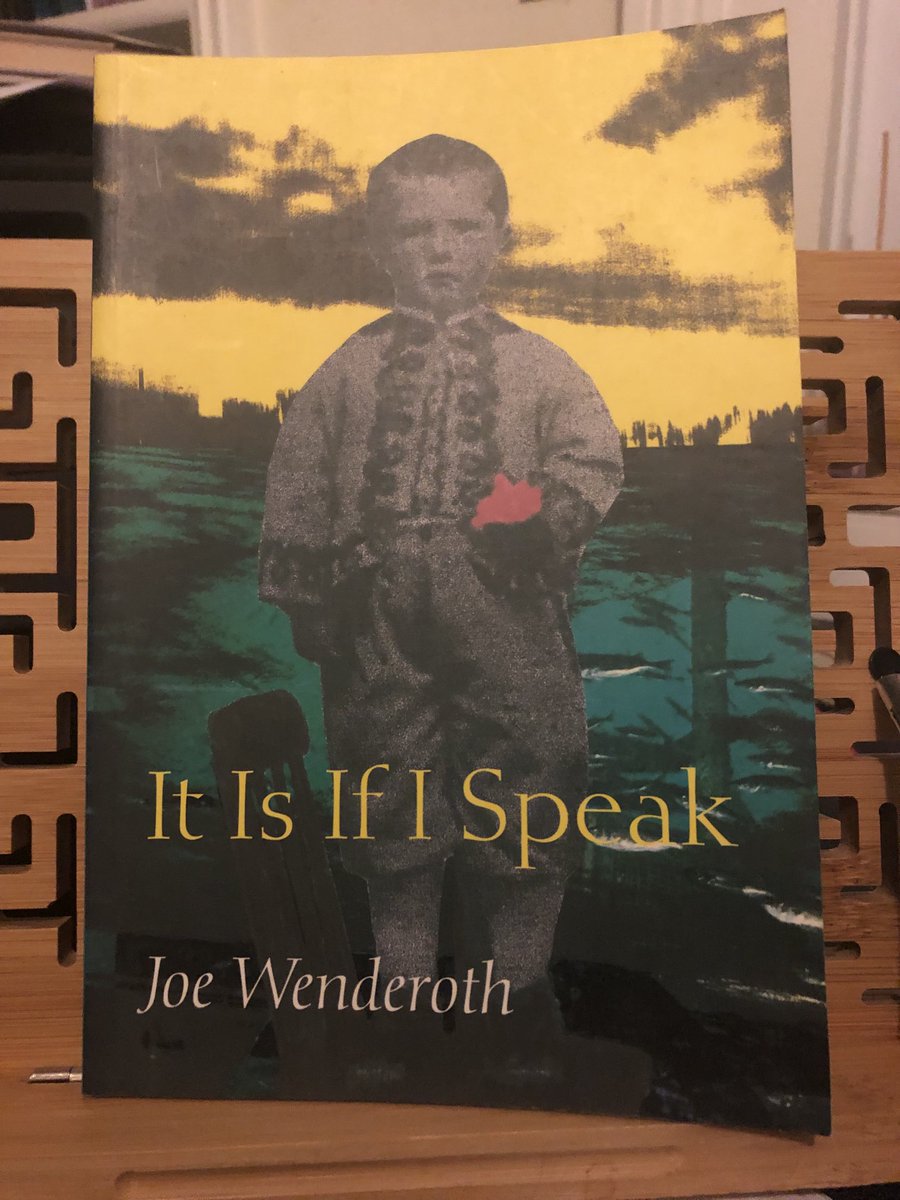 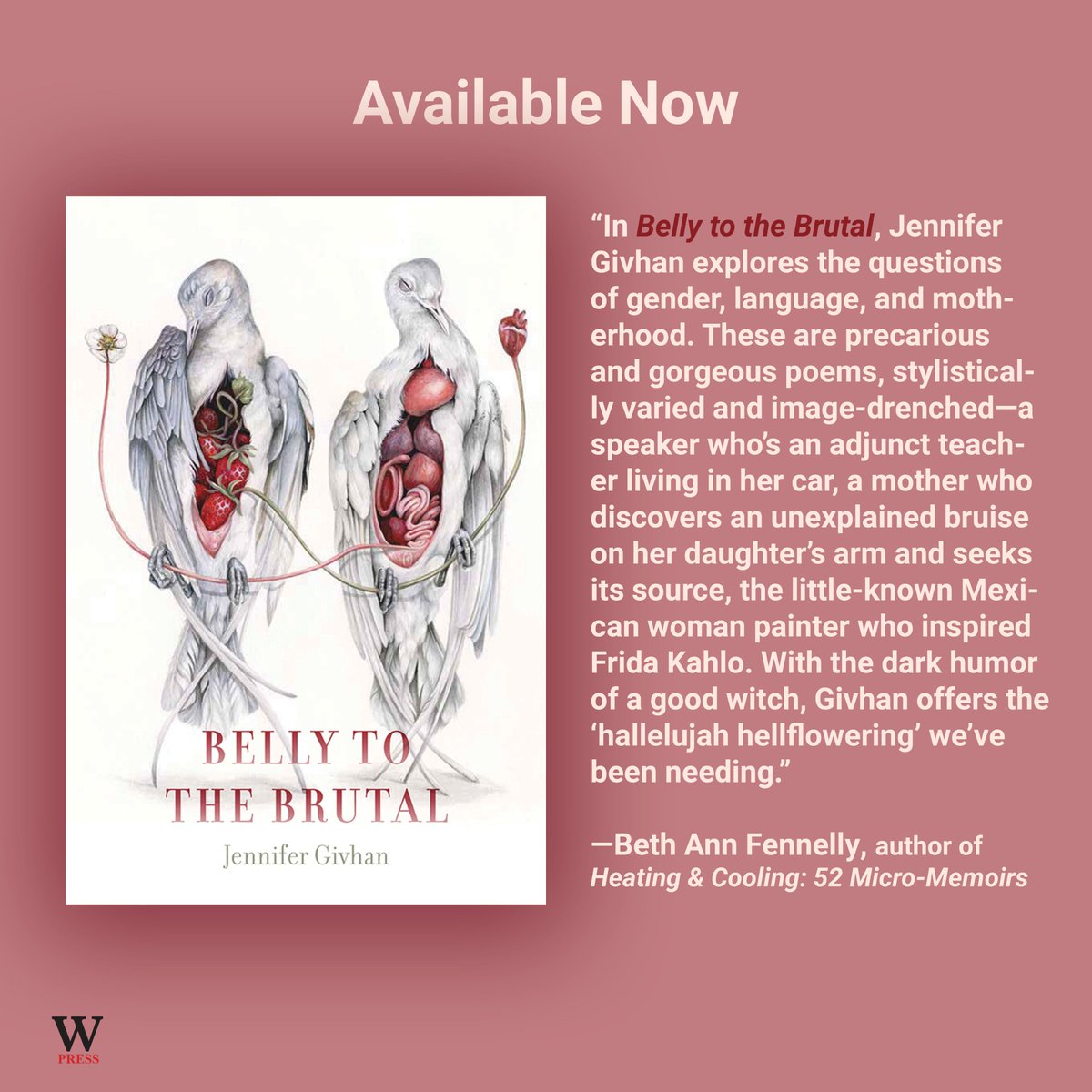 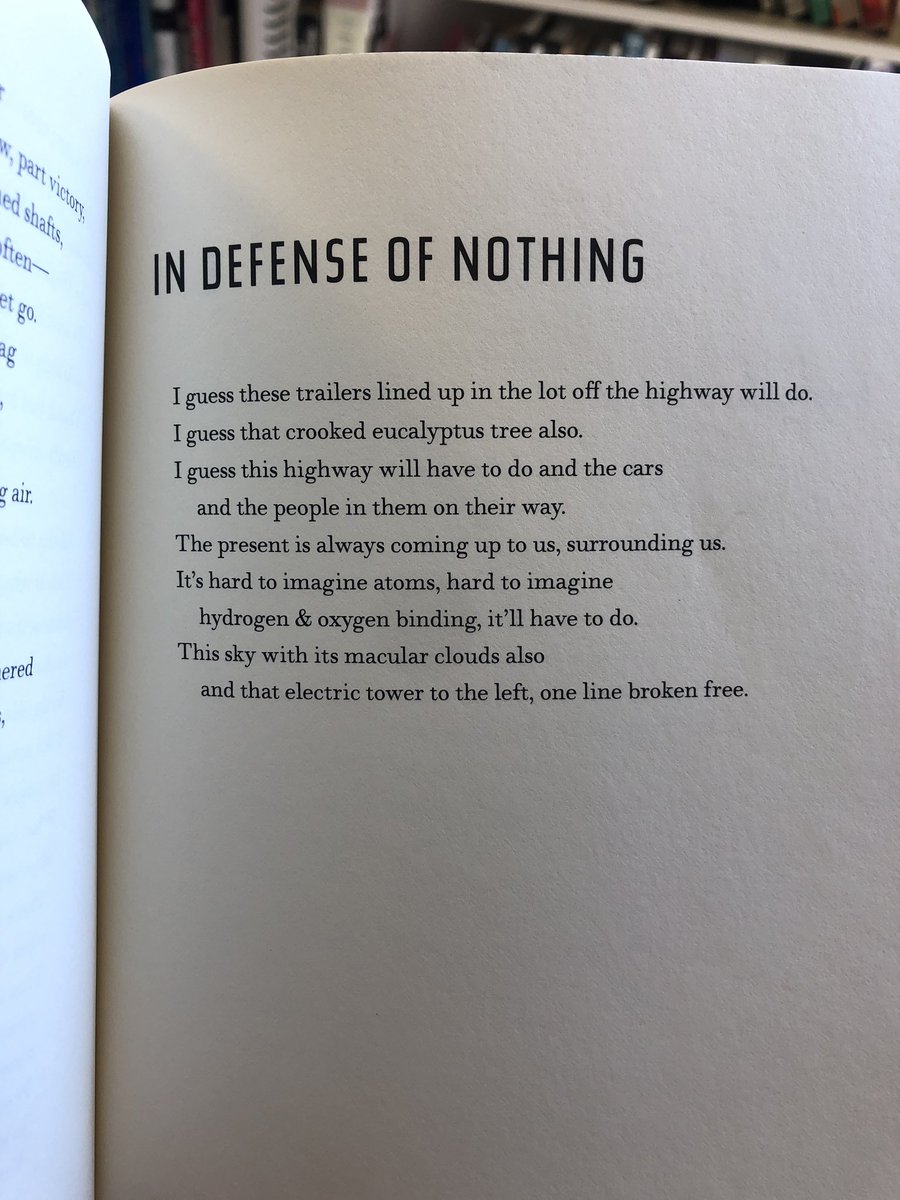 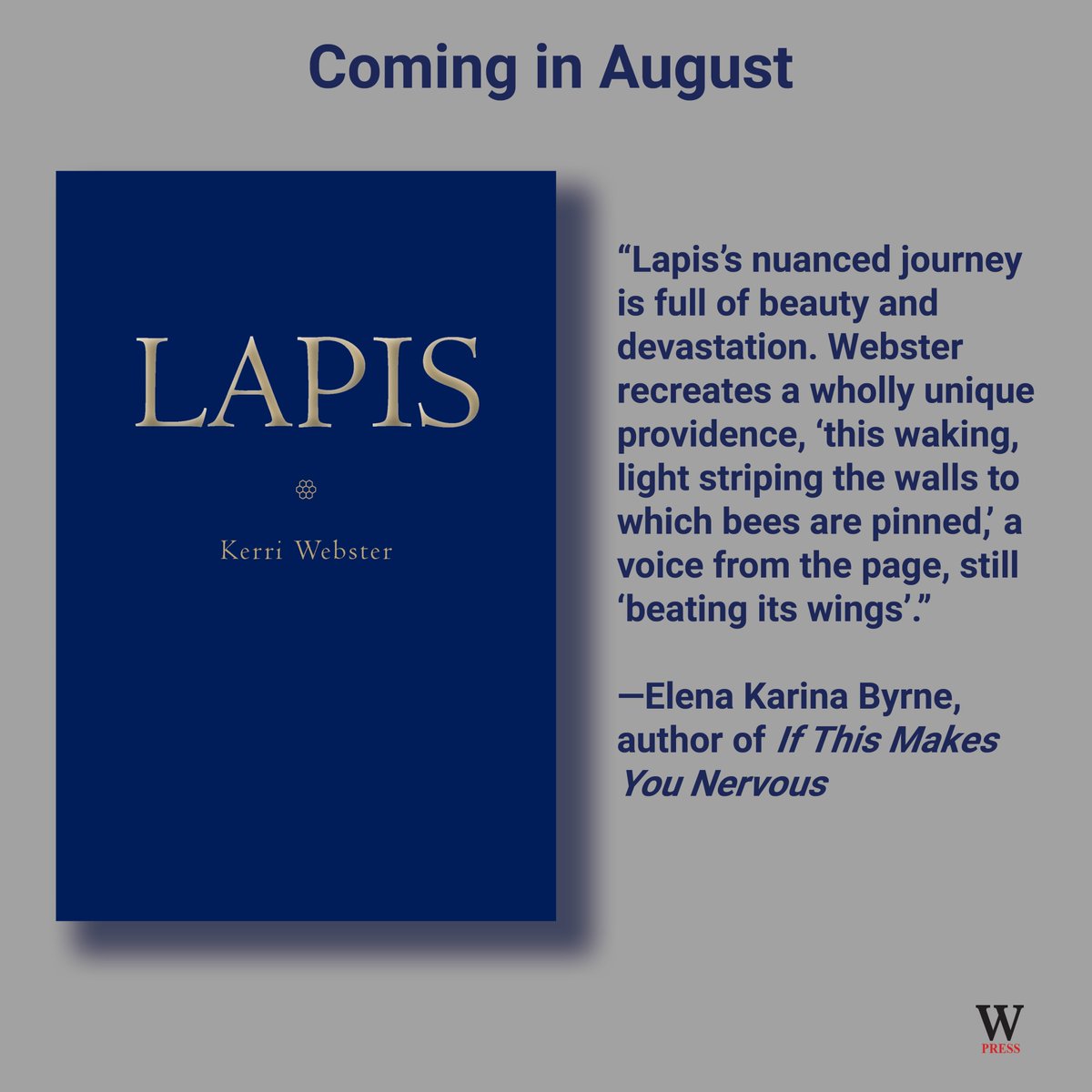 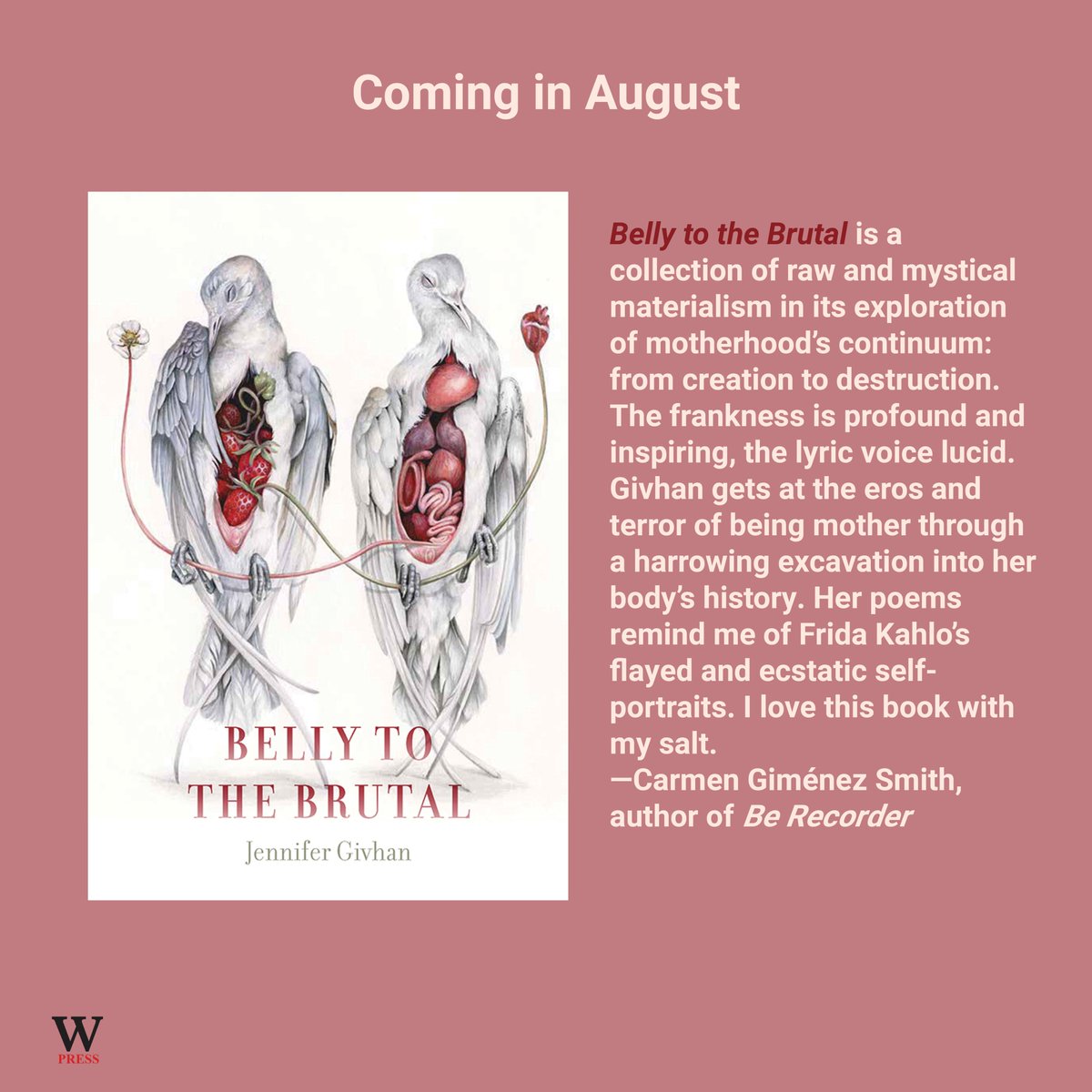 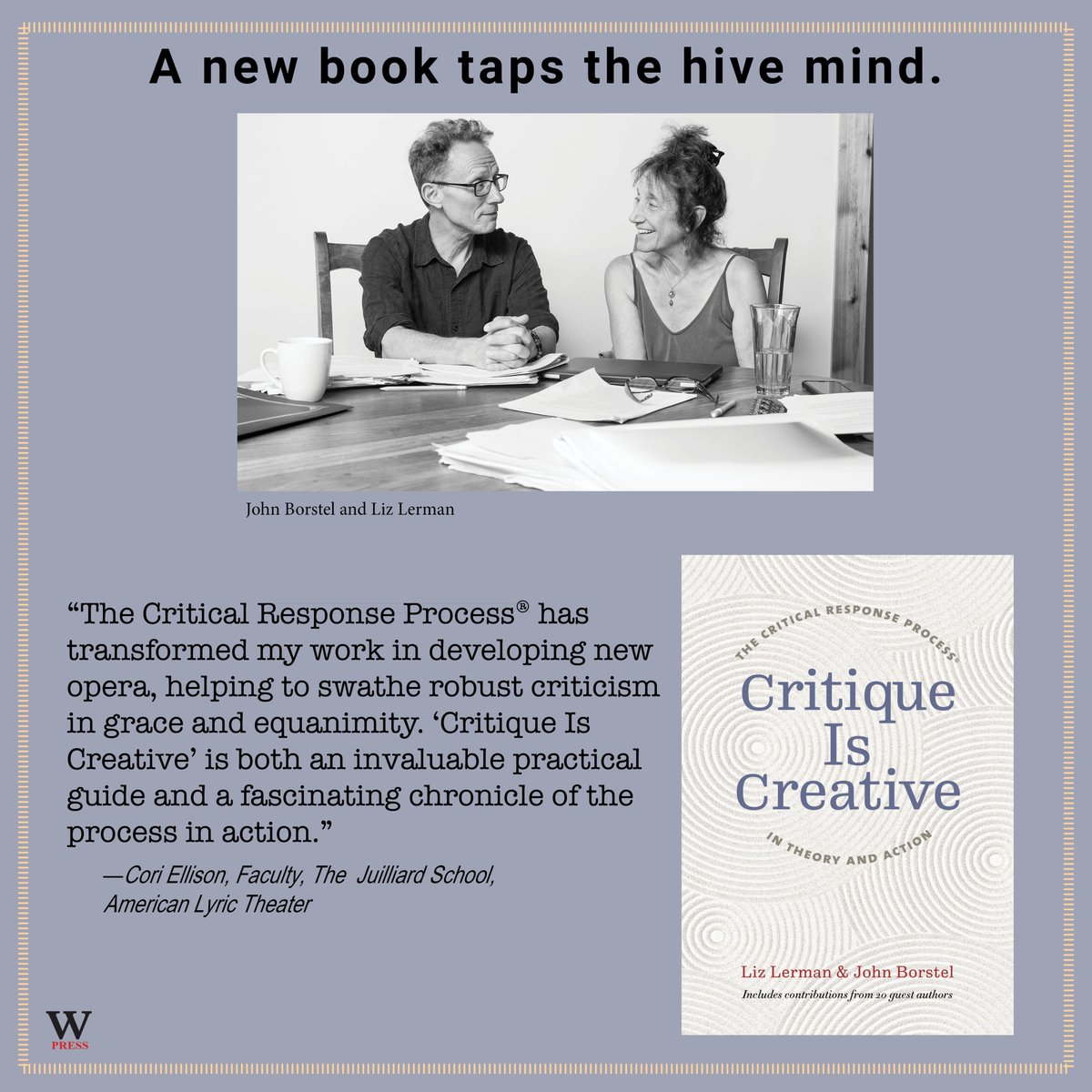 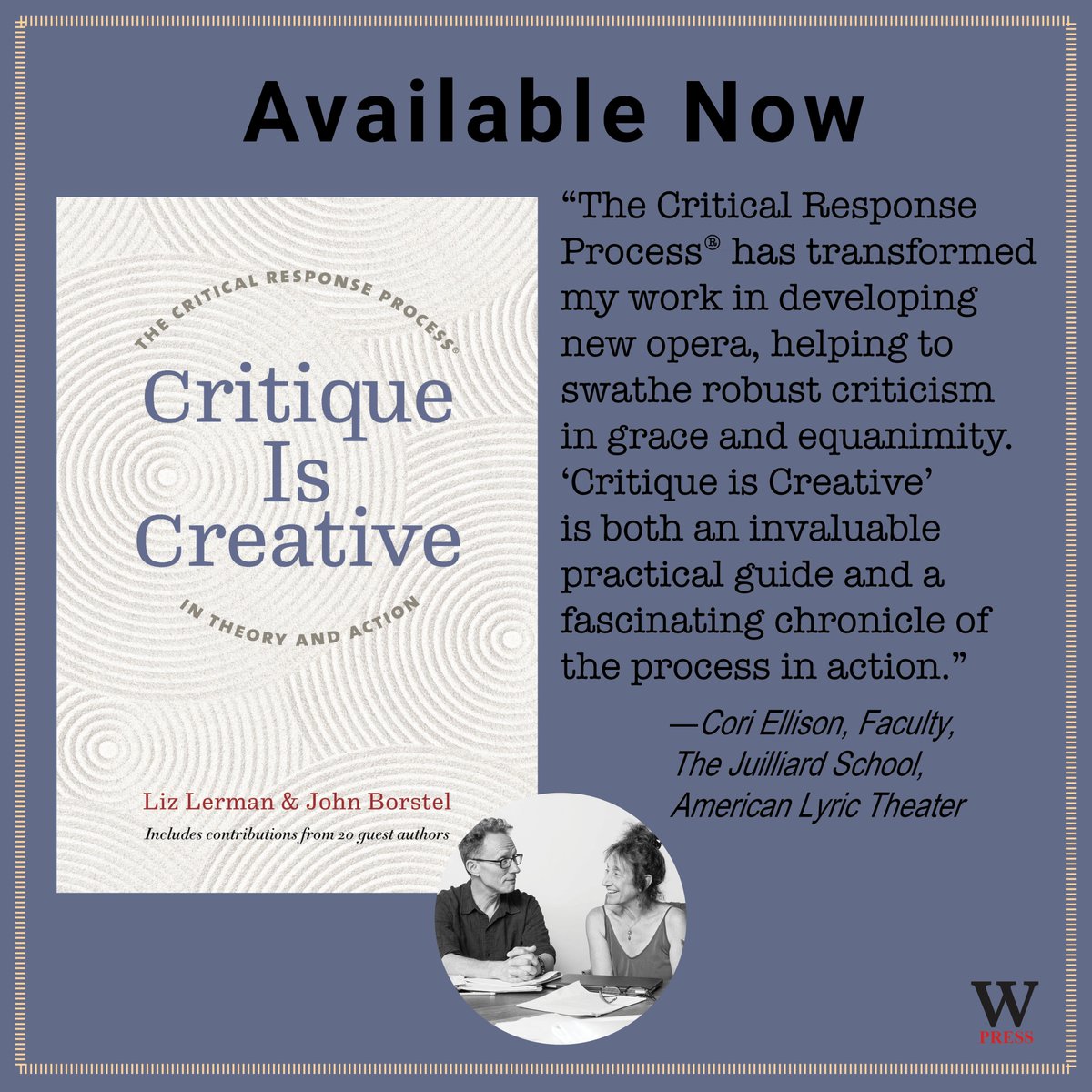 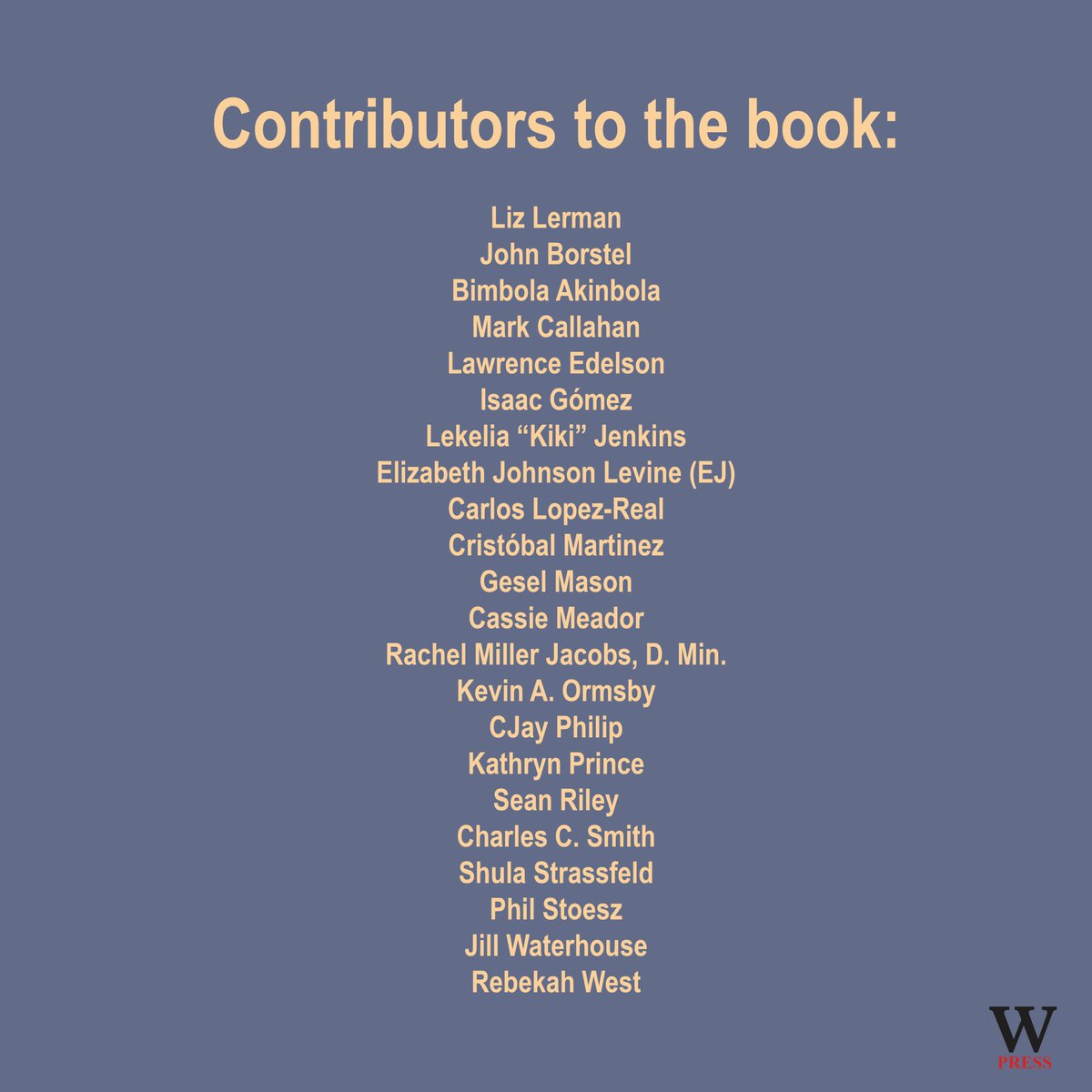 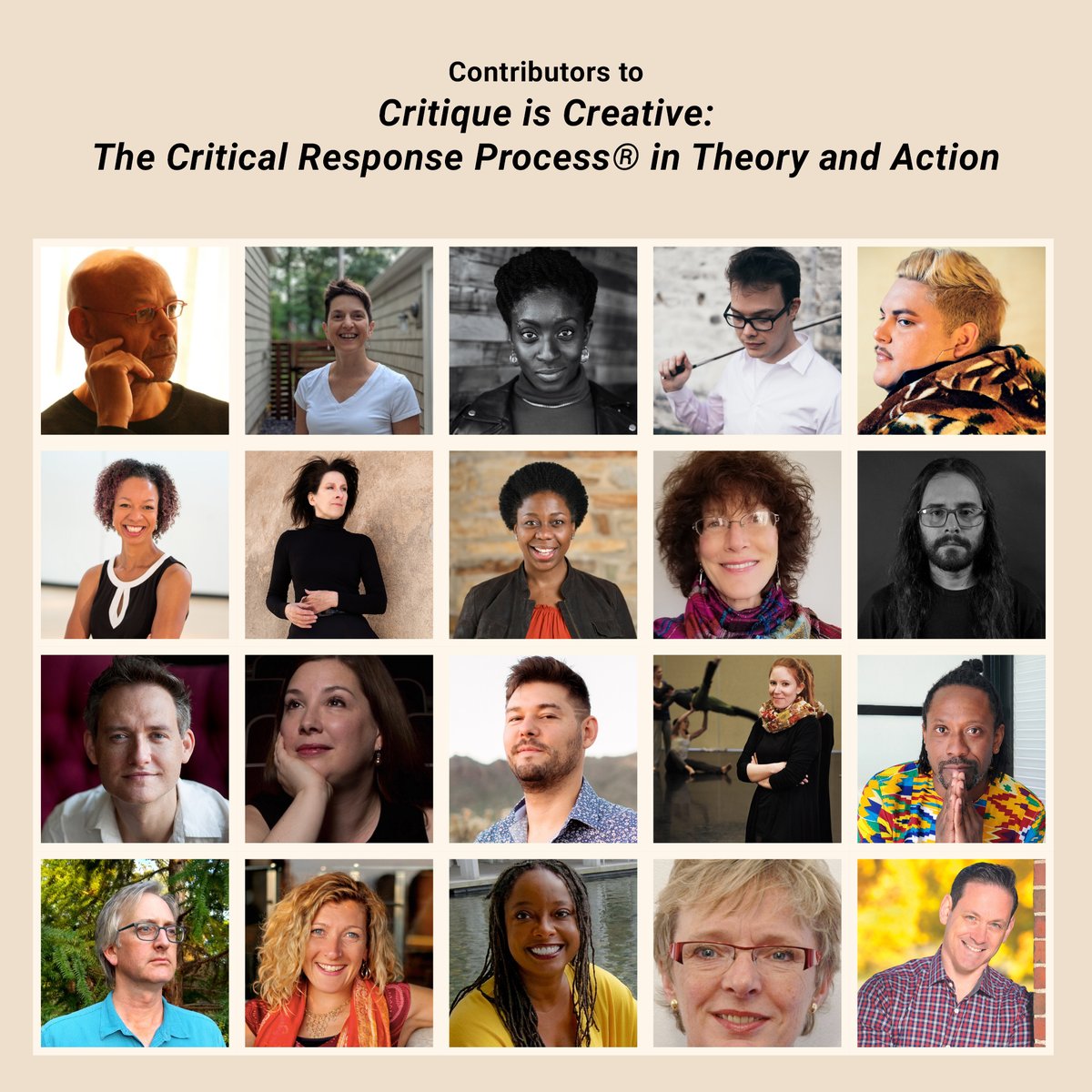 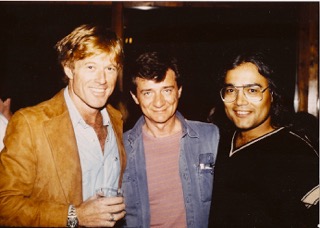 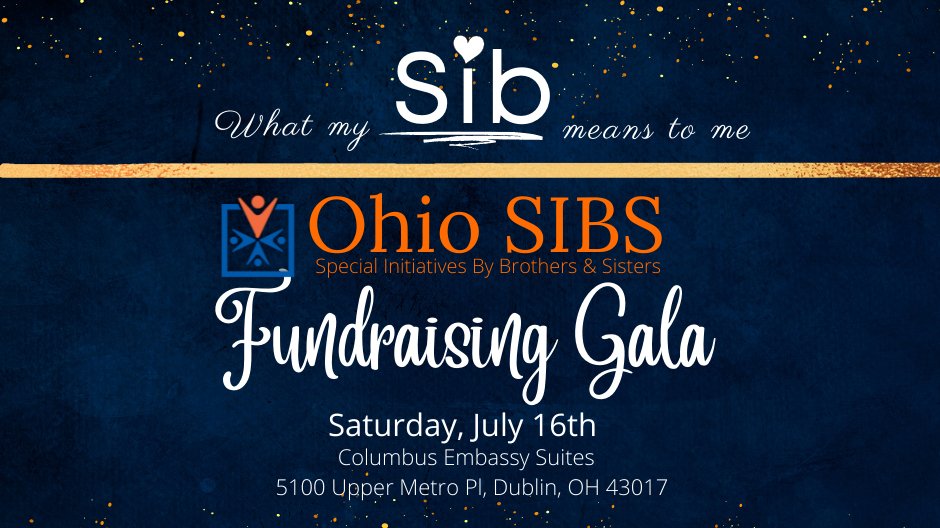